Click this button to get information about your GPU 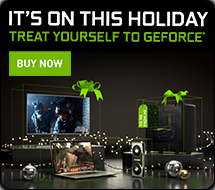 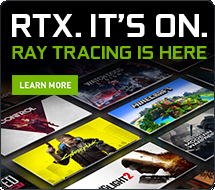 Stay up to date with the latest GeForce Driver releases.

*This download includes the NVIDIA display driver and GeForce Experience application. Details for use of this NVIDIA software can be found in the NVIDIA End User License Agreement.

Game Ready Drivers provide the best possible gaming experience for all major new releases, including Virtual Reality games. Prior to a new title launching, our driver team is working up until the last minute to ensure every performance tweak and bug fix is included for the best gameplay on day-1.

Following the posting of the final driver from Release 418 on April 11, 2019 GeForce Game Ready Drivers will no longer support NVIDIA 3D Vision or systems utilizing mobile Kepler-series GPUs. Critical security updates will be available for these products through April 2020. A complete list of Kepler-series GeForce GPUs can be found here.

Those looking to utilize 3D Vision can remain on a Release 418 driver. Our software that enables the use of 3D gaming with 3D TVs, 3DTV Play, is now included for free in Release 418.  It is no longer available as a standalone download.  Our 3D Vision Video Player will continue to be offered as a standalone download, for free, until the end of 2019.

Thank you! Your driver download should be completed soon.

Thank you for your submission.