The Elder Scrolls V: Skyrim remains one of the world's most popular games, having been a permanent fixture in Steam's Top 100 since its release.

Now, Skyrim is entering a new dimension with the PC release of The Elder Scrolls V: Skyrim VR for SteamVR. You'll fling fireballs in first person, block and attack with gesture-accurate motion controls, and loot by slipping goodies into your virtual backpack, enabling you to experience one of the world's most popular role-playing games in an entirely new way.

This month, HTC's VIVE Pro Virtual Reality headset will ship to pre-order customers, giving them a significantly improved experience in Skyrim VR, and every other VR game, thanks to the addition of 78% more pixels. In terms of resolution, that's an increase from 2160x1200 on the Vive, to 2880x1600 on the Vive Pro. The result: clearer, sharper gameplay, with far less screen-dooring, and much more readable text, vastly improving fidelity, presence, and immersion.

This resolution increase does of course mean that VIVE Pro users will want more powerful GPUs to get the best experience 90 FPS required by VR. Why? Well, headsets are essentially two mini-monitors, and when you buy a higher-resolution monitor you need a more powerful GPU to continue playing at the same levels of detail at similar framerates. And in VR, framerate is king, as any temporary or sustained drops, or stutters, will increase latency and make VR a less enjoyable experience. 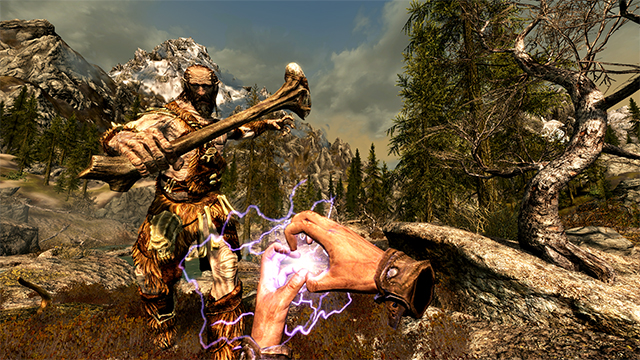 Using FCAT VR, our platform-agnostic VR performance analysis tool, utilized by press and developers alike, we can demonstrate the performance of Skyrim VR on GeForce GTX GPUs and HTC VIVE Pro. The topmost chart (below) represents the time it takes to render the frame that appears in the head-mounted display (frametime). And the bottom chart shows dropped frames, synthesized frames, and warp misses. The ideal FCAT VR charts have a frametime line below 11ms (equal to > 90 frames per second) and all green in the bottom charts, indicating that all frames were rendered and there were no dropped or synthesized frames.

With the GeForce GTX 1070 Ti, our recommended GPU for Skyrim VR, a near-perfect experience is shown on the chart below, with only one momentary spike in performance. 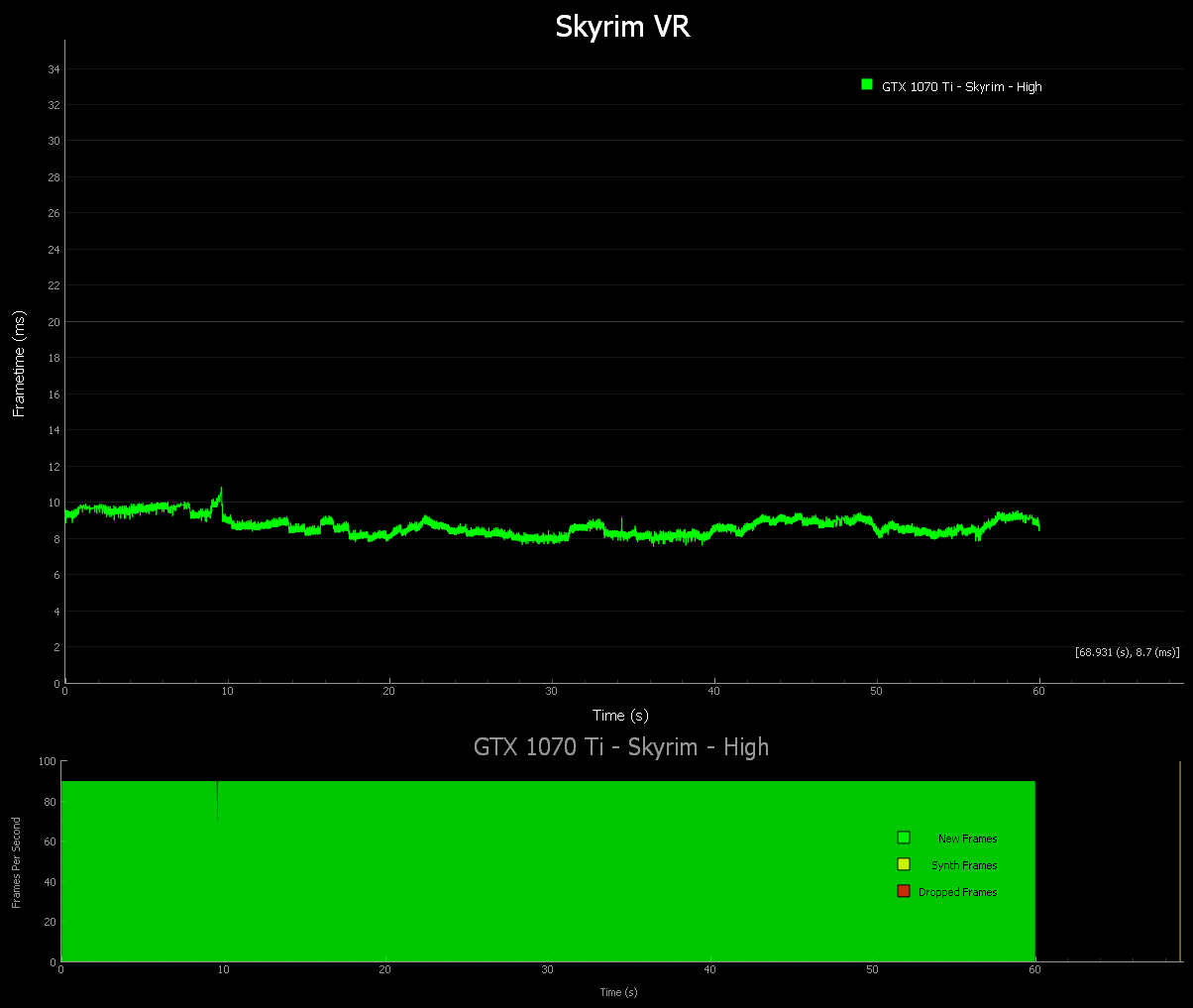 With a GeForce GTX 1080, we get a flawless experience, with stable performance, and zero dropped frames. 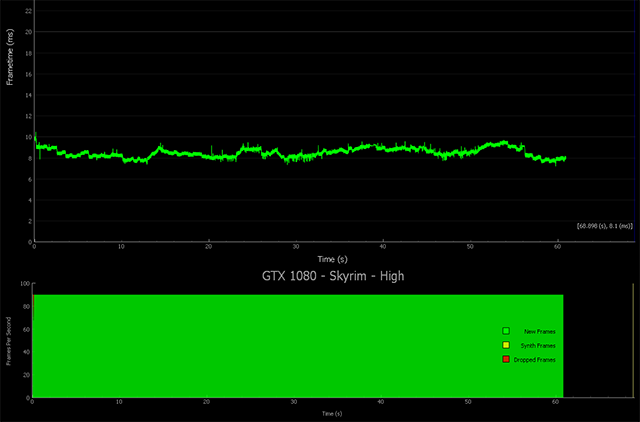 And if you've got a GeForce GTX 1080 Ti, the world's fastest consumer graphics card, performance is even better, with frame times staying at 8ms or lower, giving you headroom to increase image quality via config file tweaks and supported mods. 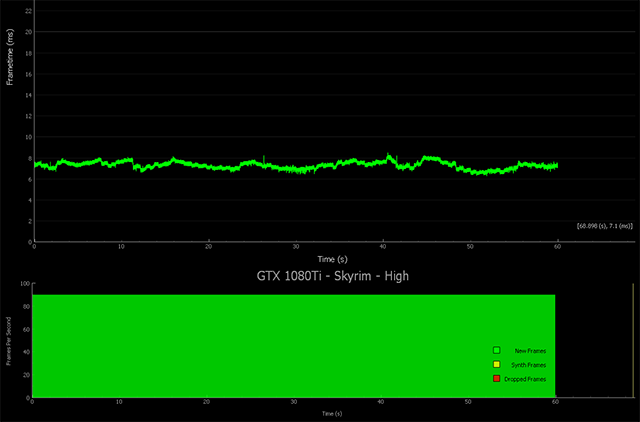 In general, the results shown above hold true for many games played on a VIVE Pro - faster GPUs, like the GTX 1070 Ti and GTX 1080, are required to maintain smooth, low-latency performance, and the very best graphics cards are required if you wish to crank up image quality with tweaks and mods. 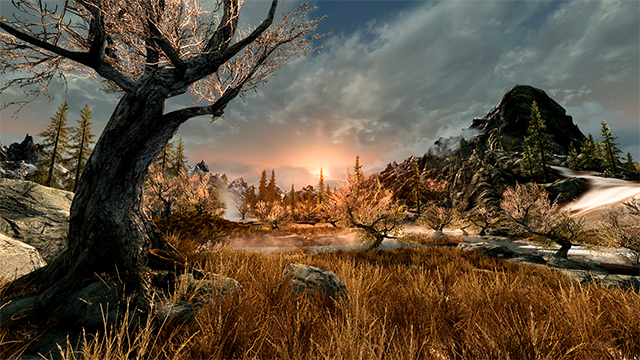