The GeForce RTX 20-Series’ performance and real-time ray tracing capabilities are made possible by numerous industry-firsts:

The GeForce RTX 2060 receives a supercharged update for its SUPER release, thanks to the addition of an extra 2 GB of 14 Gbps GDDR6 VRAM, a Memory Bandwidth increase of 33.2%, plus an additional 256 CUDA Cores, 32 Tensor Cores and 4 RT Cores. 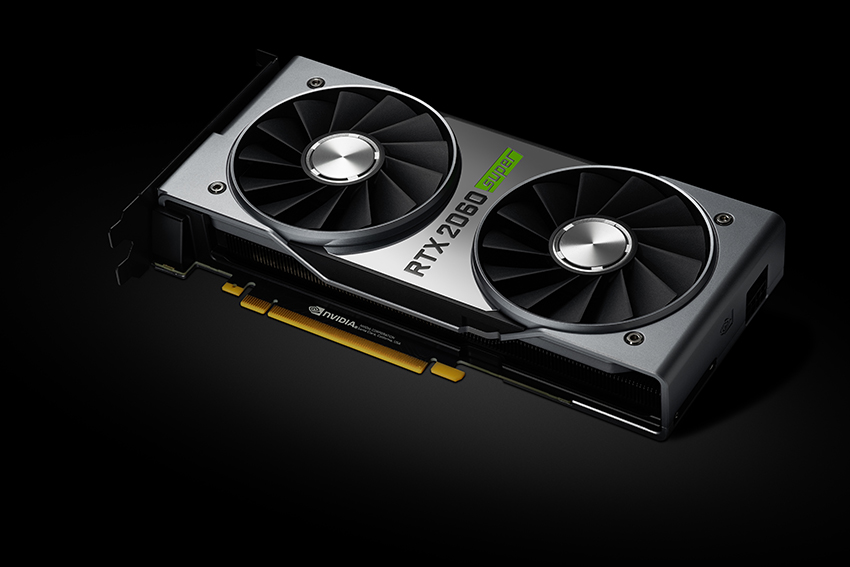 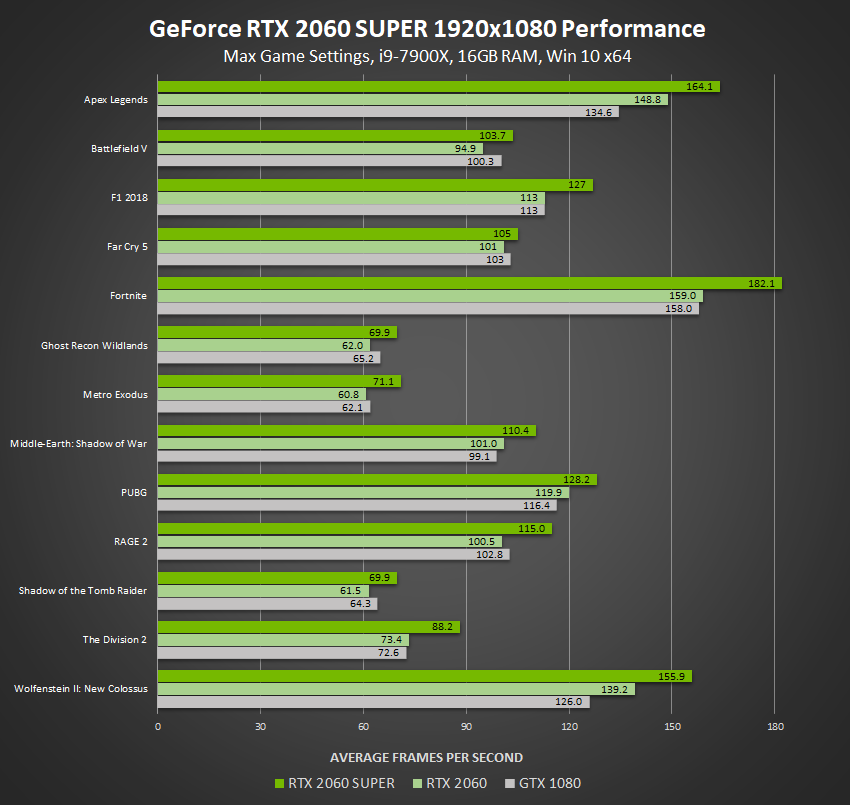 At $399, the GeForce RTX 2060 SUPER delivers fantastic game performance and enables you to play ray-traced games at 60 FPS at 1920x1080, with other game settings maxed out.

The original GeForce RTX 2060, the first step up to RTX, is available starting at $349.

The GeForce RTX 2070 SUPER features an extra 256 CUDA Cores, 32 Tensor Cores, and 4 RT Cores, that together with a 150 MHz Boost Clock bump increase game performance by up to 25%, compared to the original GeForce RTX 2070: 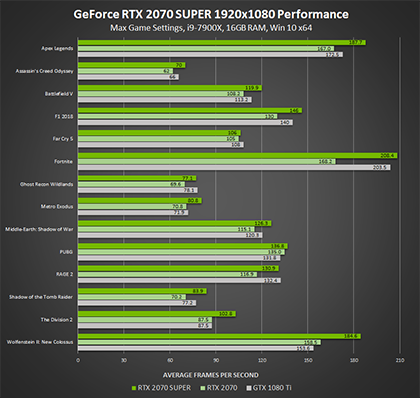 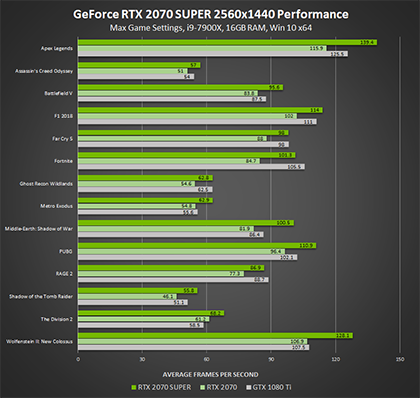 The GeForce RTX 2070 SUPER is also faster than the GTX 1080 Ti, our previous-gen flagship

Compared to the previously released GeForce RTX 2080, the new SUPER GPU is equipped with additional CUDA, RT and Tensor Cores, as well as 15.5 Gbps GDDR6 VRAM that increases memory bandwidth to 496.1 GB/s (a 10.7% improvement). 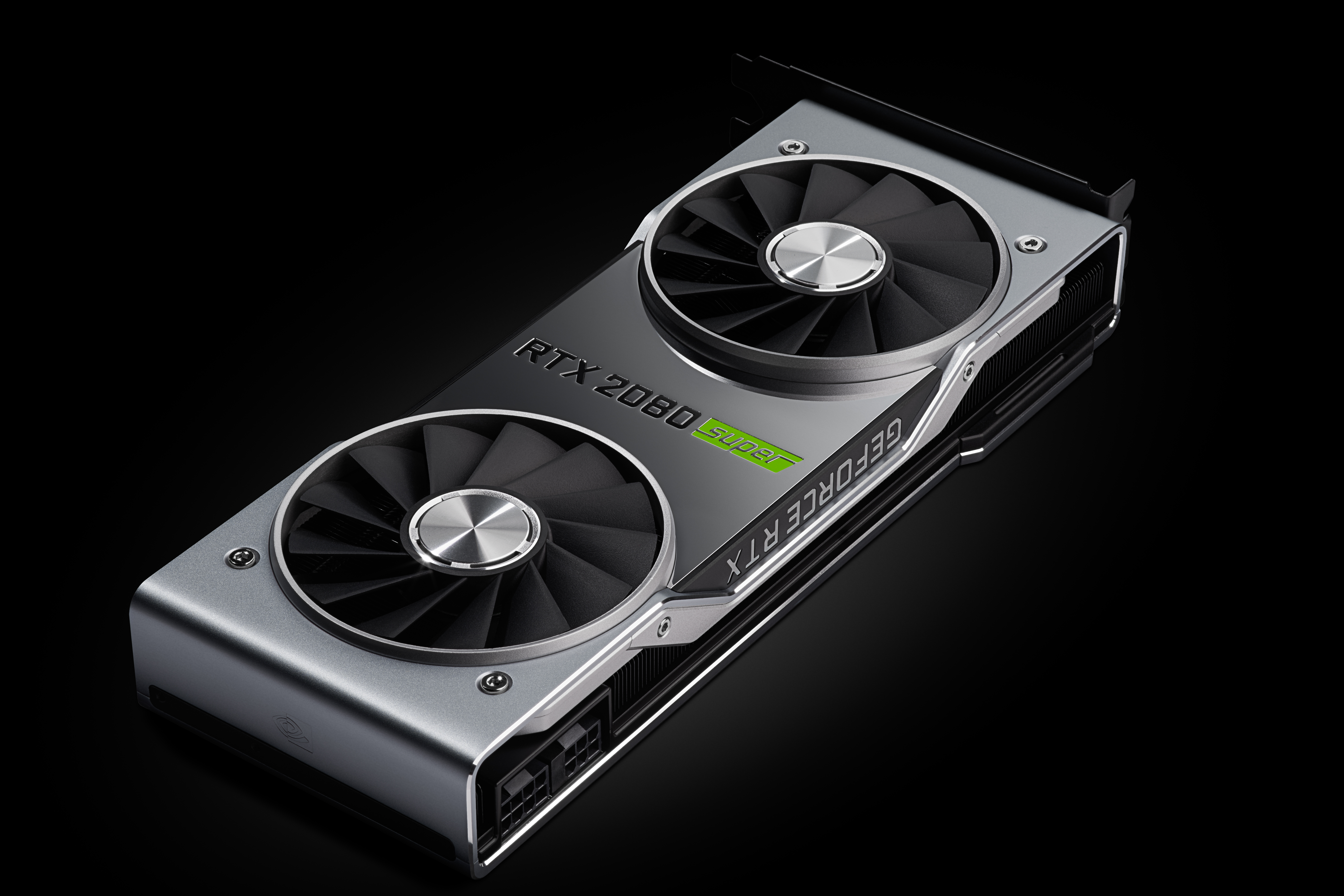 Furthermore, the GeForce RTX 2080 SUPER GPU sees its GPU Boost Clock increased by 105 MHz to 1815 MHz, which combined with the other hardware enhancements improves all of its performance metrics.

Ray Tracing: Only Possible On RTX, Now Even Better With SUPER

Ray tracing is the only way to add truly realistic effects that have unprecedented fidelity and accuracy, and Turing-architecture GeForce RTX 20-Series GPUs remain the only GPUs that enable you to experience them with great performance. To date, we’ve marvelled at real-time lifelike reflections in Battlefield V, jaw-dropping global illumination lighting in Metro Exodus, multi-layered pixel-perfect shadows in Shadow of the Tomb Raider, and the path traced remastering of Quake II in Quake II RTX.

In the coming year, blockbusters such as Call of Duty: Modern Warfare, ControlTM, Cyberpunk 2077, DOOM Eternal, Vampire: The Masquerade – Bloodlines 2, Watch DogsTM: Legion, and Wolfenstein®: YoungbloodTM will be embracing ray tracing, giving their players the most immersive and realistic gameplay possible.

Even more games are adding ray tracing - for announcements and first details stay tuned to GeForce.com

With support from the most popular game engines, and blockbusters adopting ray tracing in droves, GeForce RTX 20-Series GPUs are the only GPUs capable of giving you the definitive experience with ray tracing enabled. And with our new SUPER GPUs, ray tracing performance is even faster.

Quake II RTX, available to try for free, is the first game with lighting, shadows and other effects rendered solely via path tracing, an advanced and intensive form of ray tracing. 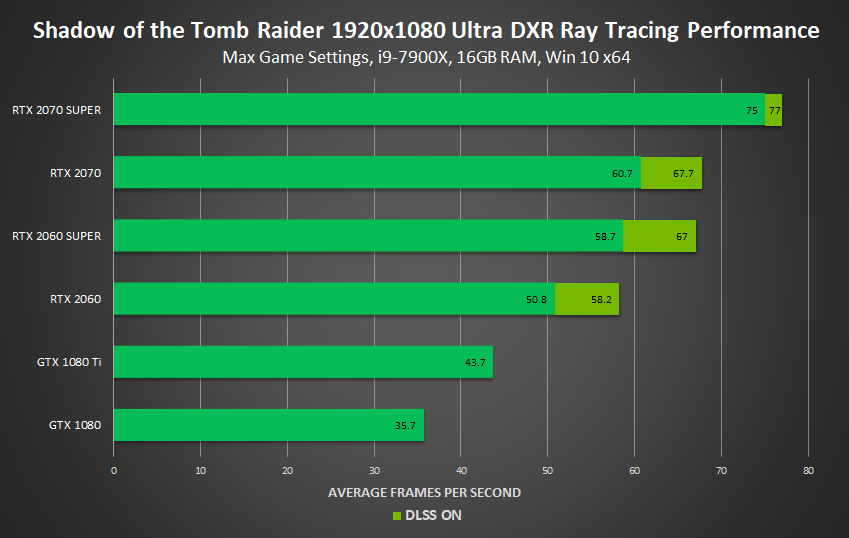 Shadow of the Tomb Raider features immersive real-time ray-traced shadowing that greatly enhances fidelity in the game’s jungle, and in numerous other locations throughout Lara’s latest adventure. 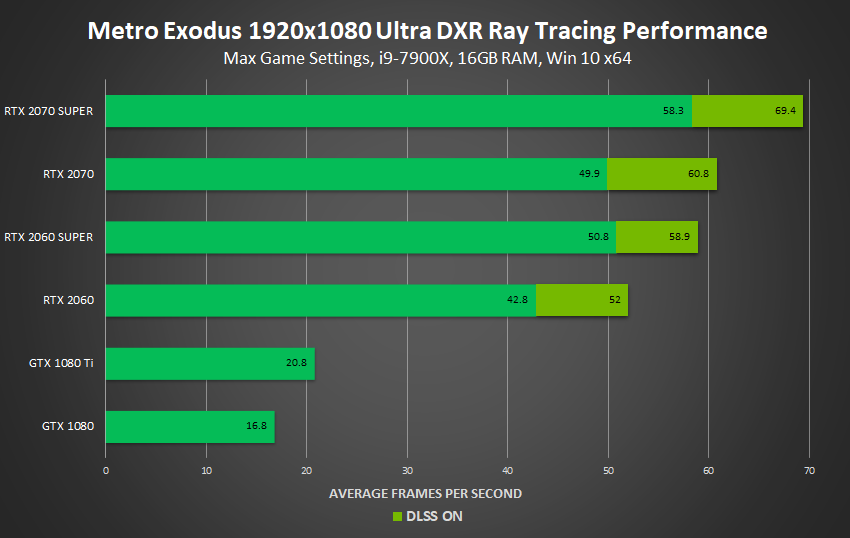 Metro Exodus introduced gamers to real-time ray-traced global illumination, adding realistic world lighting for the first time in any game ever, resulting in stunning scenes that were previously impossible to render. 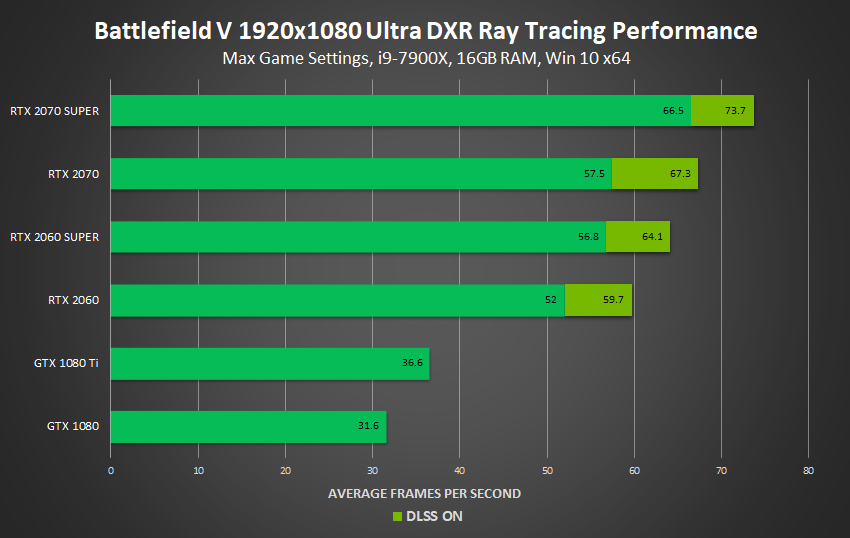 Battlefield V demonstrated the possibilities of ray tracing to the world, wowing gamers with realistic ray-traced reflections that reflected surrounding detail, and increased the quality of other reflections to previously unseen levels.

Control’s use of real-time ray-traced reflections, contact shadows and diffuse global illumination make it one of the most graphically advanced games to date. And as the PC platform of choice for Wolfenstein: Youngblood, we’re working with Bethesda Softworks and MachineGames to enhance the game with cutting-edge ray-traced effects, and performance-accelerating NVIDIA Adaptive Shading.

The gaming and tech press has been benchmarking and testing our new SUPER GPUs - see how they rate them in the following reviews, and check out the dozens of other reviews available online for further thoughts and opinions:

Alongside our SUPER GPUs, we’re launched FrameView, an application for measuring framerates, frame times, power, and performance-per-watt on a wide range of graphics cards. Detailed metrics are presented in real-time with a configurable overlay, and reported to a log file for convenient analysis, leveraging PresentMon for analytics.

FrameView works with all major graphics APIs and UWP (Universal Windows Platform) apps. Plus, it enables real-time power measurement through APIs, recording chip and board power without the need for special physical equipment, all while also capturing detailed performance information.

For further information, and the app itself, head here.

Whether you want the best possible performance, cutting-edge ray-traced effects, support for performance-accelerating tech like DLSS and Variable Rate Shading, support for future graphics tech like Mesh Shading, or simply the best power efficiency, SUPER comes out on top in every way, and is ready for all future games and experiences.

For more on the great games that will play best on whichever SUPER graphics card you buy, stay tuned to GeForce.com.