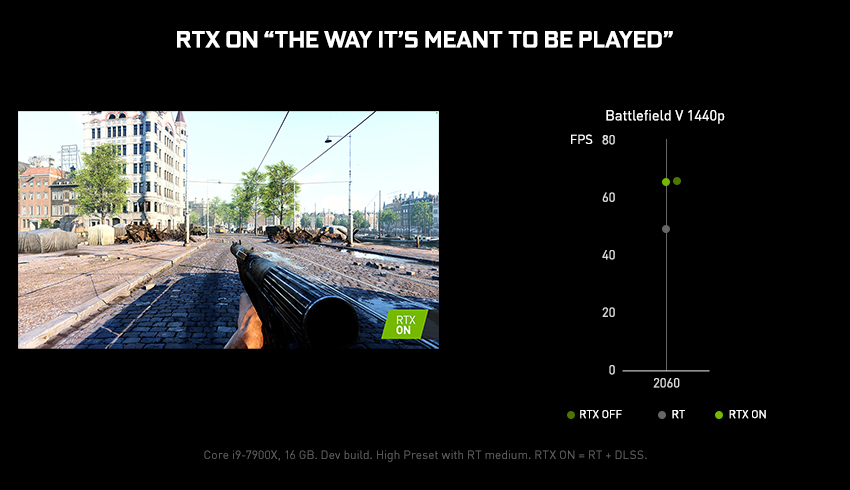 With RTX ON in Battlefield V, gamers will get the best of both worlds; beautiful real-time ray tracing and smooth frame rates with DLSS. Get RTX ON with performance similar to RTX OFF.

“With the realistic visuals of ray traced reflections and the higher resolution DLSS brings, RTX On is the way to play Battlefield V” - Eneko Bilbao, Head of Technology, EA Studios Europe

We’re also announcing the GeForce RTX Game On bundle, which can net you a copy of Battlefield V and/or Anthem with the purchase of qualifying GeForce RTX 2080 Ti, 2080, 2070 or 2060 graphics cards, desktops and laptops. Learn more here.

To deliver maximum performance, Anthem will also be adding DLSS.

In November we demonstrated an early version of Justice, one of China’s most popular MMOs, with ray-tracing and DLSS. And now, we’re debuting a standalone Justice tech demo at CES that’ll soon be available for download worldwide.

With RTX ON, users will experience real-time ray-traced shadows, reflections and caustics at similar performance to RTX OFF, enabling the GeForce RTX 2080 Ti to run at over 60 FPS, at 4K, with vastly-improved image quality. 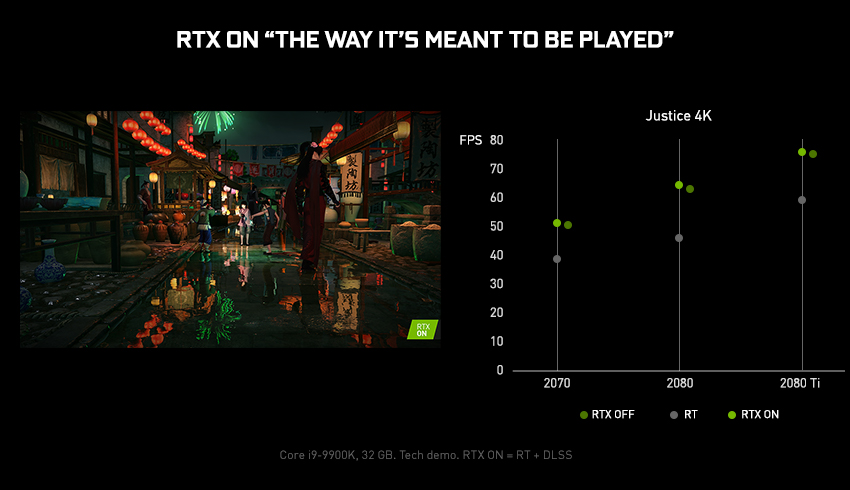 On January 8th, United Laboratories is launching 3DMark Port Royal, a new benchmark that measures the ray-tracing performance of GPUs.

The Port Royal benchmark will feature ray tracing for realistic specular reflections and pixel-perfect hard shadows, and DLSS in a forthcoming update.

At CES, we’re showing off the latest preview of Atomic Heart, which features improved ray-traced graphics accelerated by the addition of DLSS.

Developers around the world are working with RTX to give their games faster performance and lifelike visual effects, and to utilize advanced technologies introduced by the NVIDIA RTX platform.

Throughout 2019 you’ll experience many of their RTX technology integrations first-hand in new blockbusters and indie-darlings, so stay tuned to GeForce.com for all the details and exclusive unveils.