On top of the original game, it comes with three expansions: Dragon of the North, Defiant Honor, and Bloodshed’s End. And a PC-only Dharmachakra Kabuto helmet with an oddly familiar valve on the front. Plus, there are a variety of graphics settings and options to choose from, along with two quick-start presets: the 60 FPS Action Mode, and the cinematic Movie Mode, which includes 4K support. 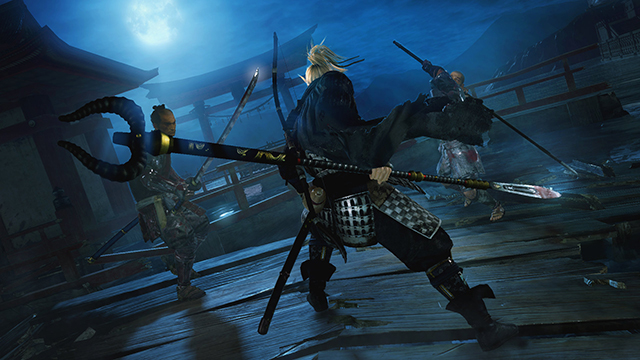 Nioh, as you may have figured out by its imagery, is drenched in 1600’s Samurai lore. You play as blond-haired lone traveler William, a deadly swordsman loosely based on a real-life English navigation officer who served beneath Shogun Tokugawa Ieyasu. In the game, William's warrior skills come in quite useful indeed, as you’ll face seemingly insurmountable challenges around every corner. Your journey takes place within the Warring States period, and you’ll do battle against numerous variations of Yokai: horrific demons heavily inspired by Japanese folklore. You’ll also have to contend with other samurai, and often more than one at a time, requiring intense concentration, lightning-quick reflexes, and deep tactics. More than anything, Nioh isn’t shy about its difficulty—in fact, it wears it like a badge of honor. When you manage to beat a mission or take down a particularly nasty boss, you’ll feel utter elation immediately after.

Luckily, you won’t have to do everything alone, as you’ll have plenty of opportunities to summon other players into the mix—this is often a crucial component when challenging some of the meanest Yokai. And while it’s nice to think others might help you based off a spirit of pure altruism, they’ll likely be more motivated to assist thanks to the lucrative in-game rewards they can reap (regardless if it’s a victory or defeat). 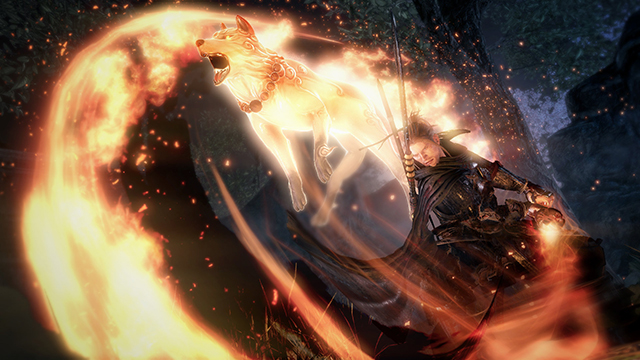 Nioh’s combat is based around a system of stances, parries, and Ki (a form of stamina). Each of the three available stances provide pluses and minuses, and you’ll have to swap between them frequently for the best results. The high stance gives your attacks superior power, but limits dodging and blocking. The mid stance is mostly defensive and one of the safest postures, but it lacks penetration and flanking speed. The low stance is wonderful for dodging and staying nimble, but it has the weakest (albeit fastest) attacks; the low stance is very handy for shaving off the last sliver of an enemy’s health. But no matter what you do, you can expect your Ki to drain, and often hastily, depending on your actions. It’s critical to manage your Ki at all times, because if it runs out, you’re basically a sitting duck. To become truly effective at Nioh, you’ll need to master the Ki-pulse: a timed maneuver that refills your Ki meter, even in the thick of battle. The more precise the timing, the more Ki you’ll recover.

As you start conquering your opponents, you’ll gradually earn skill points, which you can then apply to stances for specific weapons—this is perfect for fine-tuning your offense and defense, and allows you to create a unique approach to the fighting. Speaking of weapons, there are lots of them, as well as many different kinds of armor; your appearance and armaments will change frequently throughout the game. For truly demanding situations, where even superior swordplay and advanced tactics just aren’t getting the job done, you can activate a power that grants hyper-destructive special moves and makes you temporarily invincible. It takes quite a while to charge this ability though, so you’ll want to use it only when you absolutely have to. 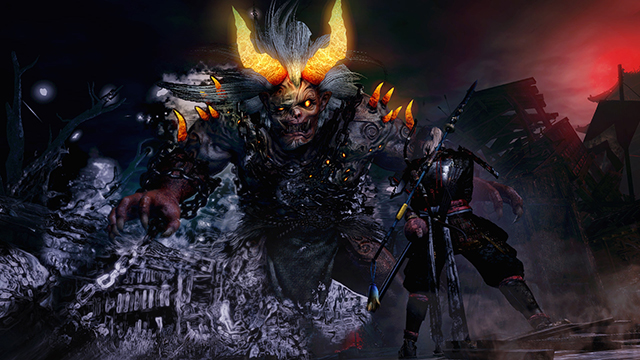 Bundled with Nioh are three expansions, which extend the storyline and add a gamut of fearsome adversaries, including bosses. Dragon of the North reveals the Oshu region, where Date Masamune stealthily collects spirit stones for his own purposes. Defiant Honor drops you into the snow-covered Siege of Osaka, where you’ll encounter Sanada Yukimura: one of Japan’s finest military leaders. Bloodshed’s End acts as the finale to William's long, harrowing quest, and it’s set in the final days of the Warring States period.

Nioh: Complete Edition is a digital-only PC title, and you can download it on Steam beginning November 7th. With the bundled expansions, 60 FPS Action Mode, 4K Movie Mode, and exclusive valve-inspired helmet, you’ll take part in the best, all-encompassing Nioh experience. Reviews of the PS4 version are plentiful and celebratory, from such sites as IGN, Polygon, Kotaku, Gamespot, and others. Reviews of the PC edition should be coming soon.