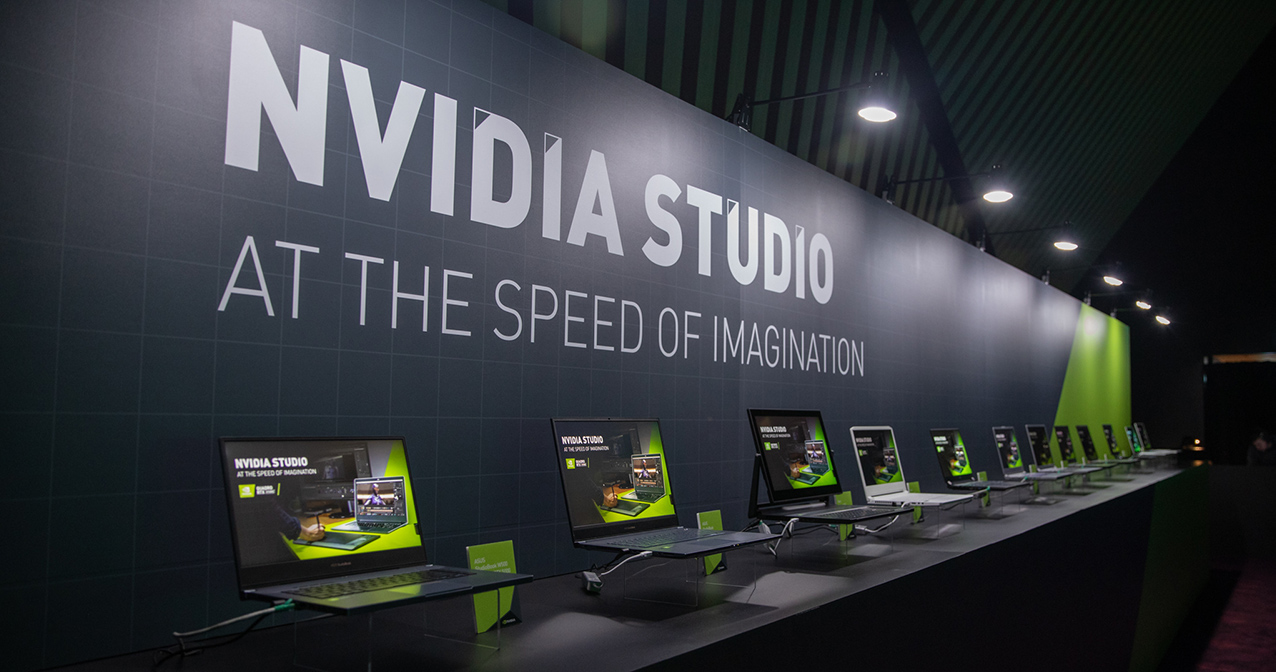 Creative professionals are more mobile than ever. The need to create on the go is vital to meeting tight deadlines and getting content delivered. Whether starting initial edits on set or reviewing rendered ideas with a client at a local coffee shop, the “office” is wherever you need to work.

But nothing interrupts creative flow more than a laptop featuring more loading bars per second than frames per second. That’s why RTX Studio laptops come equipped with RTX GPUs with up to 16GB of graphics memory, Intel Core i7 or i9 CPUs, up to 64GB of fast RAM and fast SSD storage. RTX Studio laptops also feature up to 4K HDR OLED displays with Max-Q thin and light designs and enhanced battery life.

High-end RTX Studio laptops accelerate performance up to 7x faster than that of the MacBook Pro1 and have large amounts of video memory to improve the experience when running multiple graphics-intensive apps simultaneously. This is incredibly important as creatives don’t work exclusively in one app. With larger frame buffers, designers can switch easily between memory-intensive applications without closing apps to free up memory.

Simply put, RTX Studio laptops are purpose-built for content creators, with no compromises.

More RTX Studio laptops are on the way from Acer, ASUS, Dell, Gigabyte, HP and Razer.

The NVIDIA CUDA cores on RTX GPUs accelerate video and image processing such as color correction, sharpening, upsampling and transition effects in Adobe Premiere Pro, After Effects, Photoshop and other creative apps. Video editors will see playback and render speed increases in Premiere Pro up to 2x vs competitive laptops and upwards of 11x against CPU-only systems.1 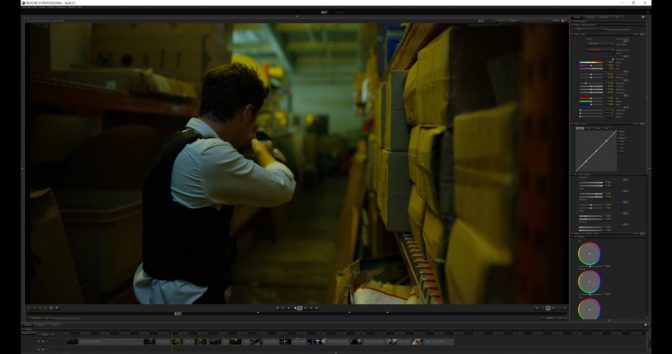 RED Digital Cinema’s latest release of REDCINE-X PRO takes full advantage of the GPU to decode, debayer and color correct REDCODE RAW footage. This gives RTX Studio laptops a leg up, allowing them to process 6K+ RED video footage at 24 fps in real time. This just wasn’t possible before on laptops or even high-end CPU desktop systems without significant time spent waiting for proxy rendering. With the power of RTX Studio laptops and RED, videographers have the freedom to work on location and edit on the go.

In film and television, many of the worlds we escape to are brought to life by studios using NVIDIA Quadro GPUs. In fact, for 11 years running, every Oscar nominee for Best Visual Effects has used an NVIDIA Quadro GPU. The same NVIDIA Turing architecture these world-class studios rely on can be found in RTX Studio laptops.

This means 3D artists using RTX Studio laptops to render and denoise with Autodesk Arnold can do so up to 13x faster by using GPU acceleration over CPU-only rendering. This speedup on a laptop unchains artists from their desks, letting them work wherever they need to be.

Best for Film and Design Students

Between classes, commuting, two jobs and trying to have a social life, students don’t have time for loading bars when they’re trying to ace their semester-long projects.

With RTX Studio laptops offered in multiple configurations from a variety of manufacturers, students have more high-performance options than ever before. So whether your focus requires a higher resolution screen with fantastic color accuracy and size for precision accuracy, or you’re looking for more memory and top-of-the-line graphics, there’s an RTX Studio laptop for you. And since they feature thin and light designs, they move from class to class without slowing you down.

Two years ago, we began our quest to make high-performance laptops as portable as possible. Today, creators can take immensely powerful RTX GPUs with them anywhere they go and work in ways unimaginable until now.

In short, creators can now create at the speed of their imagination, with RTX On.