Spider-Man: Homecoming, one of the most highly-anticipated films of the summer, hits theaters July 7th. In anticipation of its box office debut, fans have the chance to experience the world of the movie in virtual reality with Spider-Man: Homecoming VR, a promotional VR experience available for free on Oculus Rift, HTC Vive, and PlayStation® VR starting June 30th.

Jake Zim, Senior Vice President of Virtual Reality at Sony Pictures Motion Picture Group, sees the VR approach as an important way to connect with audiences leading up to the Spider-Man: Homecoming theatrical release. "For us, VR is a new channel to reach fans and give them a way to experience and interact with the world of the movie."

When a lot of people think about VR, various conventional games immediately come to mind. There have already been a variety of interesting titles within the VR space, some of them quite unique, but the medium is capable of still more diverse projects and it's capable of presenting something you thought you knew in a new way. Spider-Man: Homecoming VR experience is an example of that philosophy in action.

"One of the real promises of VR is that you get to experience something that you'd never be able to experience in any other format," Zim says, adding that "It's been amazing to give fans a taste of what it's like to be Spider-Man."

Naturally, bringing the experience to the virtual reality space posed challenges, as one might expect from any evolving medium.

"The obvious challenge for Spider-Man," recalls Zim, "which is one we circled at the very beginning, was how are you going to get people to traverse, to swing through a city in VR without making them uncomfortable? We've come up with a good solution as a part of this experience to give people a little bit of a tease of what it's like to swing through the air."

In Spider-Man: Homecoming, Peter has access to exciting new powers, which he must use as he faces off against the Vulture. For the VR experience, the developers wanted to make sure they captured not only the character's youthful energy, but his thrilling new toys and personality. Getting the famous suit just right was a part of that. For instance, the emoting eyes are part of the design, and you'll be able to see them when you look in a mirror. While subtle touches go a long way toward creating an immersive experience, there are also useful elements that take things closer to what you might encounter in an action video game. 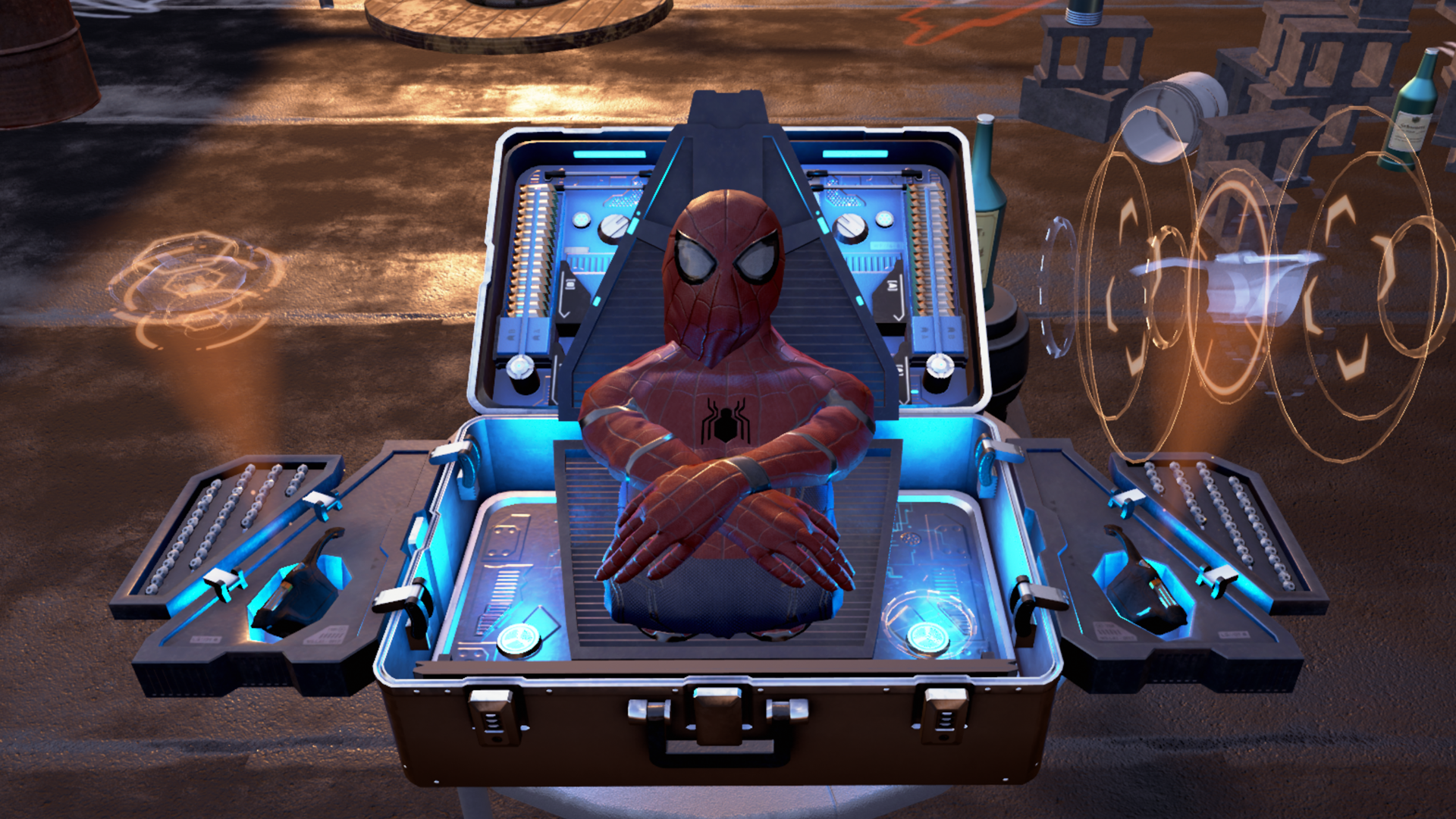 "The new suit comes with a bunch of new gadgets," Zim says, "and what we do in the Spider-Man: Homecoming VR experience is we give you a chance to test and learn how to use these new tools in the VRE."

Later, you'll meet your adversary, and saving the day will require you to put your newly acquired skills to the test, for the good of those citizens who depend on a hero like Spider-Man to save them. 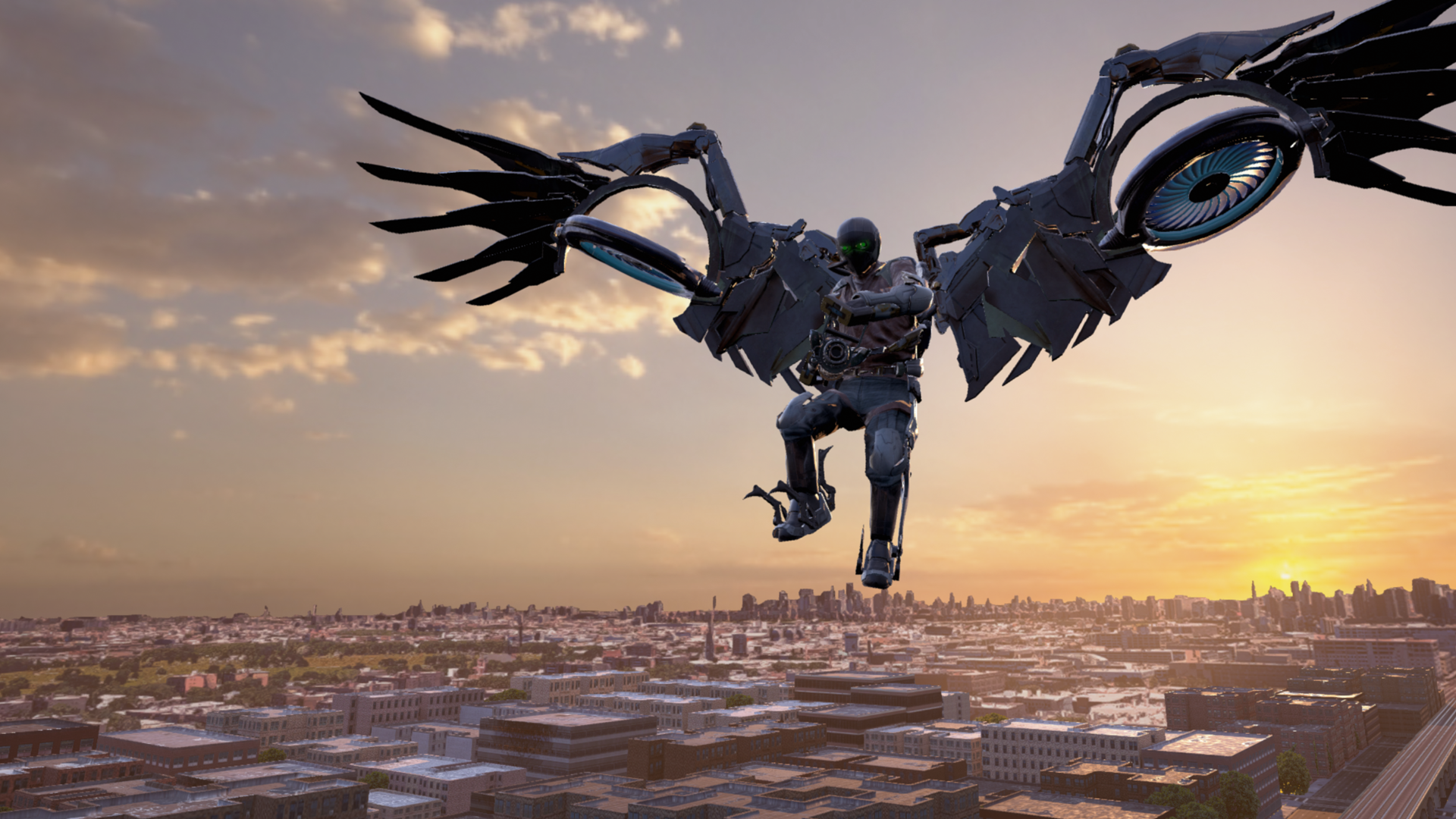 The VR team was able to capture the authentic feel of the movie because it consulted with some of the people responsible for the film. "While the film was in production, we sat down with the director, the visual effects team, and the producers, as well as the marketing team, and collaborated with them on the VR experience from early stages," explains Zim.

For Zim and the team, the enthusiastic reception to Spider-Man: Homecoming VR so far is good news because it ensures more people can engage with the brand, and should allow for similar projects in the future.

"We're going to keep creating brand extensions for movies in VR," Zim says. "And we're always listening to the audience, understanding better each time how to keep doing this. We're very early in this VR development world, but we're excited to keep putting stuff out there and hearing what audiences are saying, what they're looking for, and ultimately develop a real business here so we can build this channel within the brands."

Starting June 30th, VR fans can experience what it’s like to be the web-slinging superhero by downloading Spider-Man: Homecoming VR for free one week before the anticipated new movies hits theaters on July 7.

In order to get the best possible VR experience, make sure your Oculus Rift or HTC Vive gaming rig is VR Ready with a GeForce GTX 10-series GPU, like the recently-released GeForce GTX 1080 Ti, and download the latest Game Ready driver.