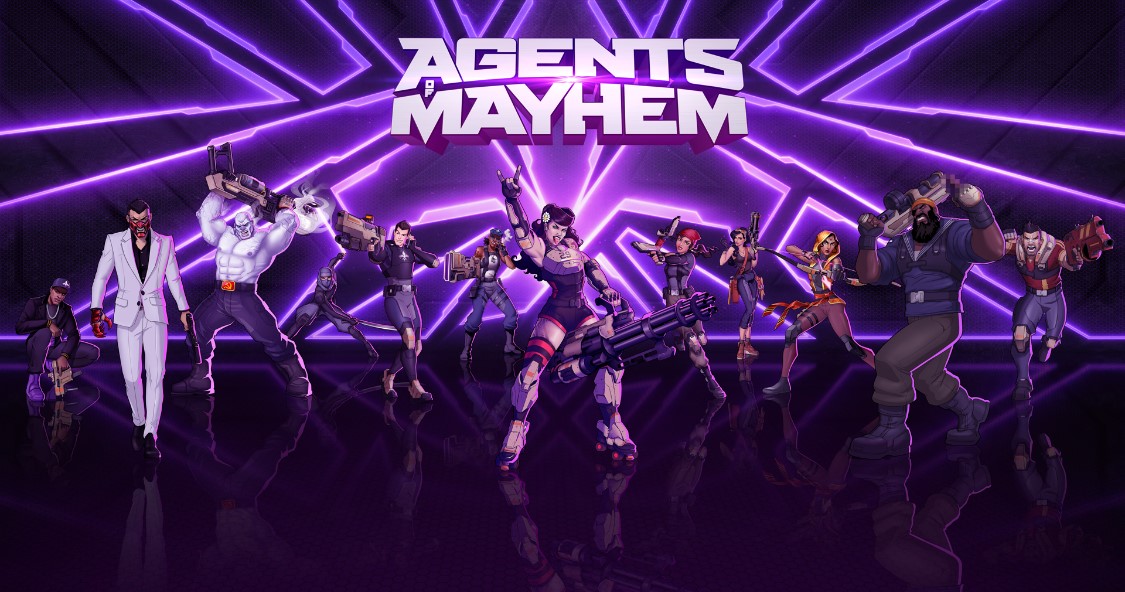 It all happened on Devils Night in the not-too-distant future: the League of Evil Gentlemen Intent on Obliterating Nations (LEGION) launched a surprise attack on the globe, successfully toppling the world's governments with striking ease. (To be fair though, world domination is literally in LEGION's mission statement.) LEGION'S Doctor Babylon and the Ministry of Pride now reside in Seoul, South Korea. The only thing opposing them? MAYHEM: a Multinational AgencY Hunting Evil Masterminds, an organization composed of numerous members as well as 12 powerful anti-heroes who serve as combat operatives in the field. 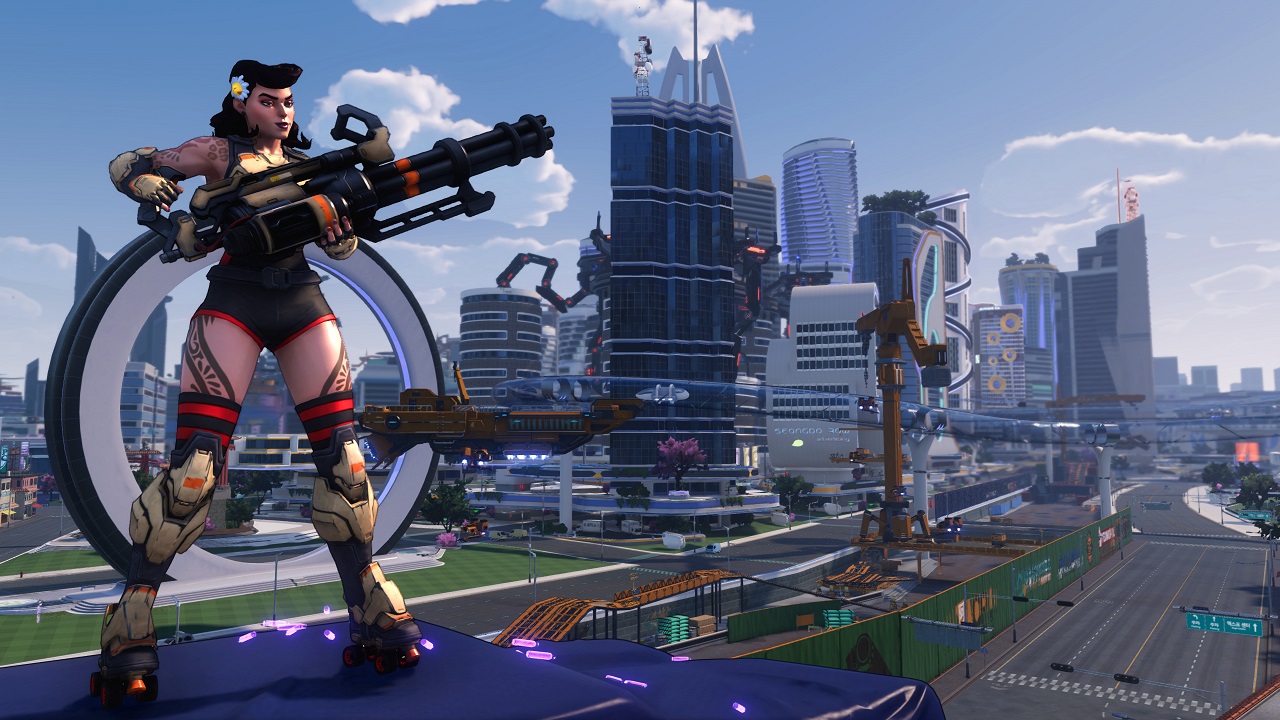 Agents of Mayhem is developed by Deep Silver Volition—the makers of the Red Faction and Saints Row franchises—and the game drops you into a humorous and artistically vibrant third-person setting. You'll explore an open world and take part in missions in Seoul to counteract LEGION's plans, commanding a team of three chosen agents in real-time. “We have a lot of inspirations from the 80's and 90's and cartoons,” said Design Director Anoop Shekar. “We wanted them to be colorful even more so than what we've seen in the Saints Row games... we wanted to make sure [Agents of Mayhem] really looked cool and felt cool, but wasn't realistic. So we spent the last several years modifying and playing around with a few different things—adding new technology to it—to get to that look.”

Each of the 12 available agents have their strengths, combat styles, and specializations, which allows you to approach the action with a lot of variety. There's former gang leader Kingpin armed with an SMG, ex-Yakuza hitman Oni who wields a silenced pistol, the freeze-gun-happy musclebound Soviet experiment Yeti, and the ninja-like Scheherazade who loves to carve up victims at point blank range. And those are just a tiny sampling of who you'll be able to recruit; there's also Hollywood, Braddock, Daisy, Fortune, Joule, Rama, Hardtack, and Red Card.

Once you've decided on three agents, you can swap between them at will during missions, which is handy when you want to sow devastation amongst the enemy ranks in different fashions. For example, you can pinpoint those hard-to-reach targets with Rama's bow and arrow, swap to Hardtack and use his drum-fed shotgun to contain anyone nearby, and then change-out to Daisy and spin up her minigun to cut down swaths of bad guys in equal fashion. Similarly, you could go for an agent with a stun ability such as Fortune, and after the stun is applied, switch out to an agent focusing on critical hits, like Oni, to maximize damage with little chance of enemy reprisal. There's really no wrong way to go about it, and the agent combos are myriad. Even a trio built off pure long-range attacks is perfectly viable, especially in missions where enemies prefer sticking behind rather than running up for close combat. Regardless of the agent you're currently using, you can dart around and triple-jump, giving each of them a nimble and responsive feel.

“From the gameplay perspective,” said Lead Agent Designer Ryan McCabe in an interview with NVIDIA, “being able to build your squad lets you focus on how you want to play; what kind of combos [you want] to build...One of the other cool things is the narrative aspect—being able to play through these missions with each of these agents and see how they react differently to the situations you're coming up on.” 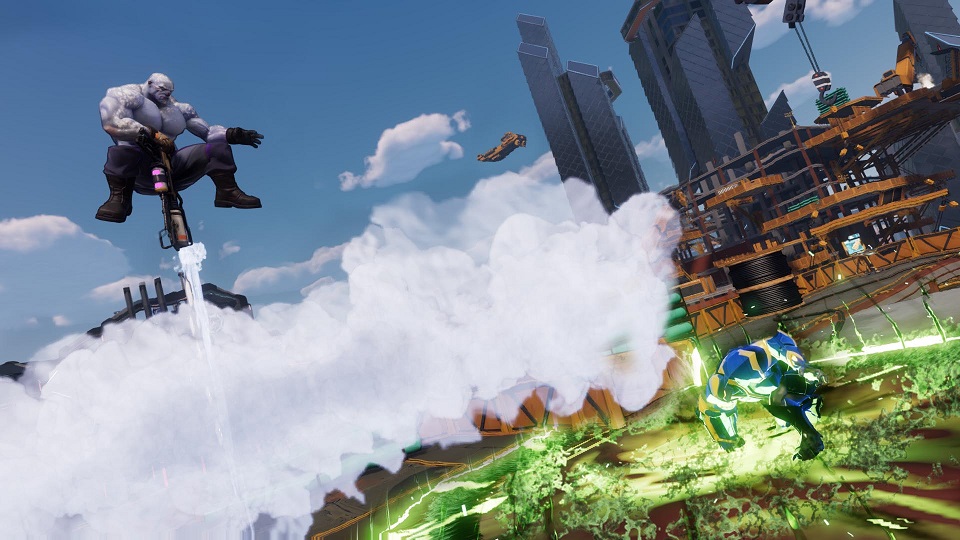 Every agent also brandishes a specialized MAYHEM Ability, which is unlocked over time by applying special moves on opponents, and sped up by damaging enemies with certain attacks such as headshots. You can also dispatch bigger adversaries and collect their fleur-de-lis to speed up the MAYHEM ability too. Once the bar is full, the MAYHEM Ability is readied, and you can use it to great effect. After it's been utilized, you can charge it back up again over and over, so long as there are targets to pummel.

When you're not in the field busting heads, you'll be able to roam around MAYHEM's home base: the ARK (Adaptive Roaming Kommand). While there, you can hang out with the other agents and interact with them, and unlock new items and upgrades. There are vehicle skins to swap out, requisitions to purchase to make the agency even better, and lots of others. You can also take part in the Global Conflict mode, a unique way of gaining experience and items. “I really like doing the Global Conflict mode,” said Anoop Shekar in an interview. “Once you unlock it you can send agents that aren't currently in your squad to investigate LEGION activity all around the world. From time to time they'll uncover a hidden lair and you'll be able to take them in to these lairs and thwart a small LEGION scheme to get more rewards and XP for those agents. Eventually the best agent gadgets are unlocked through this mode as well.”

The ARK is additionally home to the R+D Lab, which is the center of Agents of Mayhem's crafting system, offering access to highly useful Gremlin Tech and Legion Tech. It's here where you can spend the various types of crafting materials found in the field. Each piece of Gremlin Tech and Legion Tech applies different buffs or bonuses, and you can equip the gadgets on any agent you'd like to increase their effectiveness. And with so many LEGION minions and epic boss battles to contend with, every little boost counts. 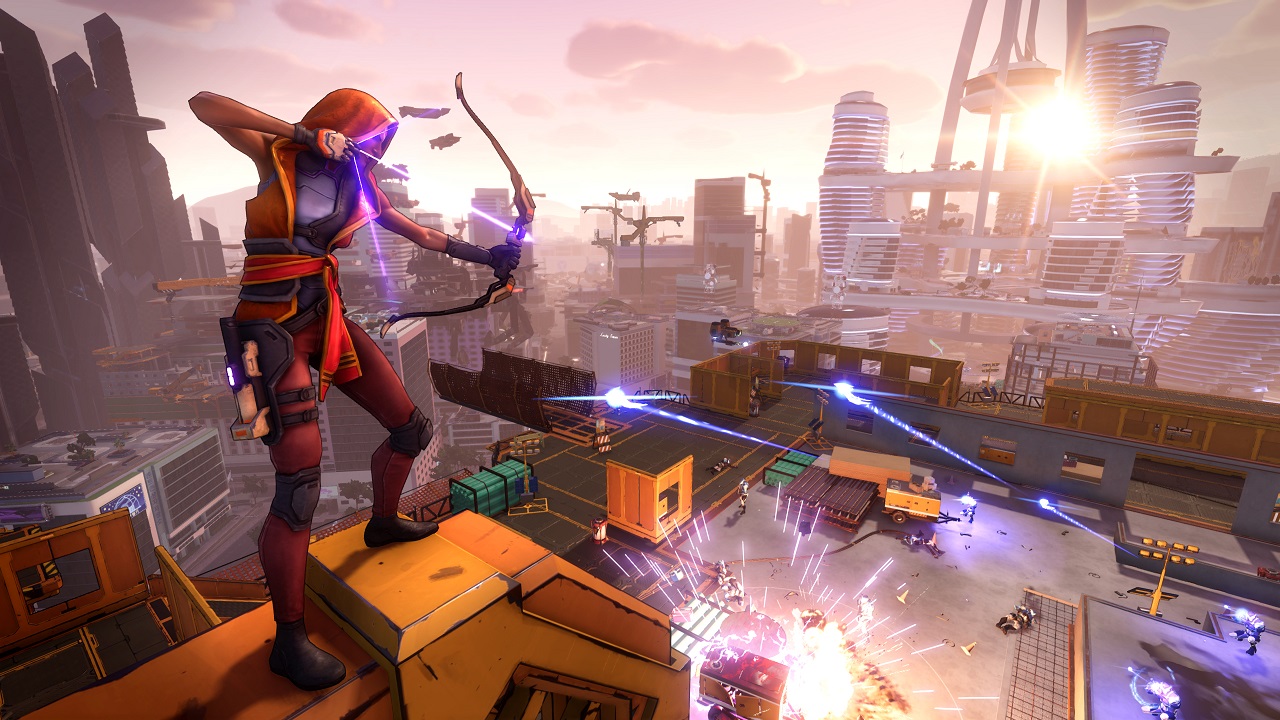 On PC, Agents of Mayhem is enhanced by several NVIDIA technologies that can't be found anywhere else, increasing graphical fidelity by a considerable degree, and further improving your experience:

To see all of these technologies in action, check out our Agents of Mayhem NVIDIA GameWorks video, embedded directly below:

In addition to all this integrated awesomeness, you can use our GeForce Experience application in Agents of Mayhem to capture and stream the entirety of your gameplay sessions, upload your NVIDIA Ansel screenshots to your favorite websites, automatically optimize your game settings with a single click, play on a big-screen TV at 4K, with HDR, and install the Agents of Mayhem Game Ready driver if you don't already have it. Learn more here.

You can purchase the digital edition of Agents of Mayhem on Steam. Keep a look-out for Agents of Mayhem reviews from your favorite media outlets, and have a peek at Deep Silver Volition's YouTube channel, which contains agent highlights, behind-the-scenes clips, and in-depth play-throughs and insights.