On March 25th, EA and DICE will unleash Firestorm, BattlefieldTM V's much-anticipated 64-player battle royale mode. It takes place on the Battlefield franchise’s largest ever map, which is 10 times larger than Battlefield V’s Hamada.  The new map features full-building destruction, tanks, helicopters and other vehicles, and devastating V-1 rocket strikes. Plus, a whole lot more that you can learn about on EA’s Battlefield V website.

With an ultra-large, 64-player map, players will need to properly equip their systems to ensure a responsive, consistent framerate, which is crucial for your kill/death ratio in battle royale games.

Working with EA, we’ve crafted a spec for GeForce RTX PCs that meet the needs of competitive Battlefield V players, who demand rock-solid performance, and play with high refresh rate monitors, giving them an edge in each match.

With this config, you’ll have fast, responsive framerates that could mean the difference between life and death. 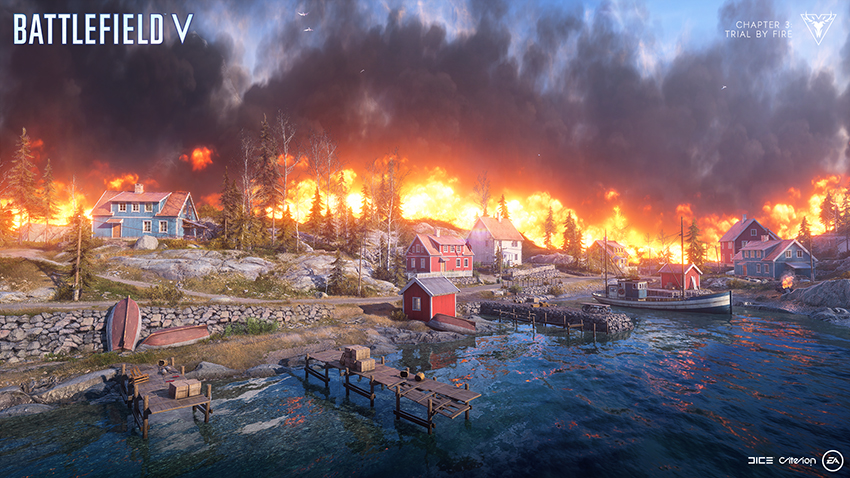 To get Firestorm, simply load Origin and download the new Battlefield V update, and log in on March 25th when the fun begins.