The GeForce GTX 1070 features 8GB of GDDR5 memory running faster than ever before, and includes support for every feature and innovation announced alongside the GeForce GTX 1080. As such, you’ll be able to capture incredible screenshots with Ansel, accelerate and improve Virtual Reality experiences with VRWorks, watch and play HDR content, push the limits of your card with GPU Boost 3.0, and correctly display games across multiple monitors with Simultaneous Multi-Projection. 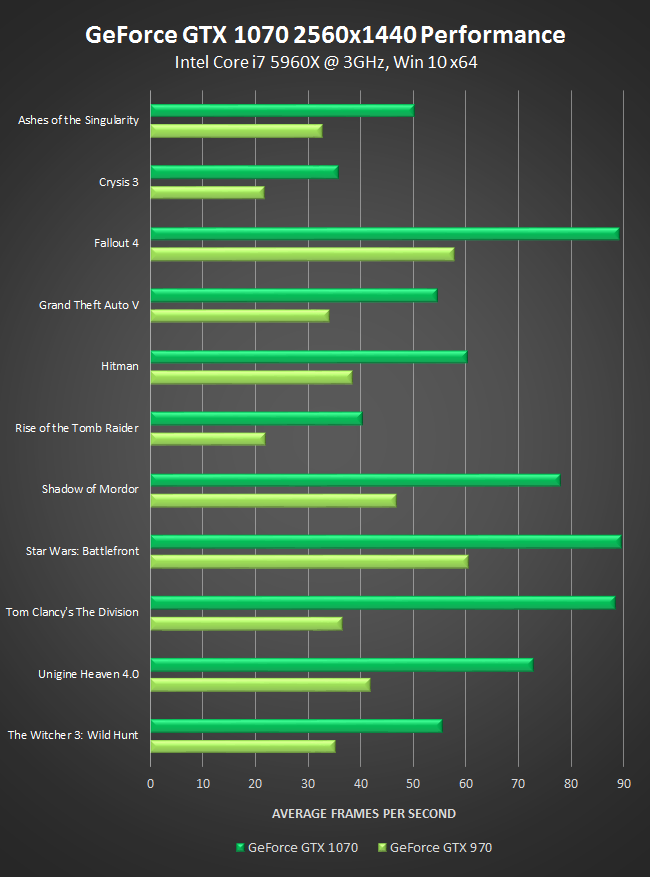 In summary: outstanding TITAN X-class performance, 8GB of super-fast GDDR5 memory, and support for all our new technologies, starting at just $379, an unprecedented price-performance proposition. But don’t just take our word for it, check out the reviews from the press:

If you’re now itching to upgrade to a GeForce GTX 1070, head on over to the NVIDIA Store or your favorite e-tailer right this second to pick up the newest addition to the GeForce GTX 10-Series family.