Our latest bundle is a big one, giving a copy of both AnthemTM* and BattlefieldTM V* with eligible GeForce RTX 2080 Ti and 2080 GPUs, desktops and laptops. Or, if you buy a GeForce RTX 2070 or 2060 GPU, desktop or laptop, you can pick one of the two games to take home and enjoy at high detail levels and framerates. 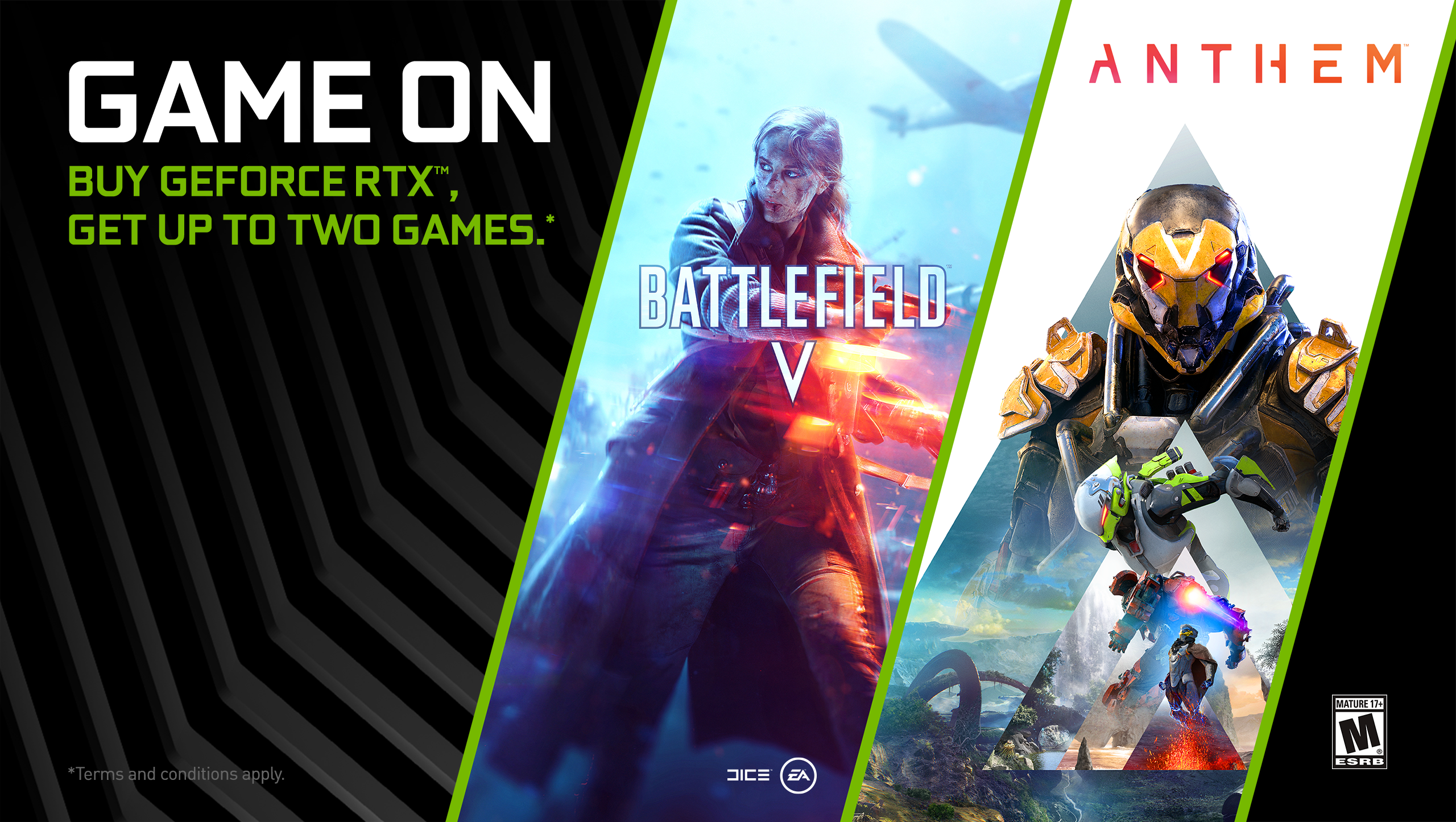 Battlefield V was the first game to debut real-time ray tracing, adding immersive, high-fidelity, dynamic reflections to all areas of the game. And soon, it will feature DLSS, too, enabling significantly faster performance.

Anthem, launching February 22nd, is BioWare’s upcoming online action shooter, that puts players on a world left unfinished by the gods, where a shadowy faction threatens all of humankind. The only thing that stands between these villains and the ancient technology they covet are the Freelancers.

As you can see from the trailer below, Anthem looks spectacular, and with the help of DLSS, which we’ve just confirmed is coming to Anthem, you’ll be able to experience its gorgeous world at 4K at faster frame rates for the definitive experience.

So how does our new GeForce RTX bundle work? Simple: check our bundle page for retailers and etailers offering the bundle in your country, and buy a GPU, PC or laptop from them that is listed as participating in the offer.