Since 1988, game developers have gathered at GDC each year to share insights on programming and game design, helping everyone up their game. NVIDIA has been a regular participant, and this year we’re making several exciting announcements, presenting numerous panels, and helping developers worldwide add RTX technology to their titles.

For all the details, read on.

Unreal and Unity are the world’s most popular game engines, powering everything from AAA blockbusters to 8-bit indie darlings. Unreal Engine 4 support for ray tracing is out now in preview, and has been used by Epic to craft "Troll", and by Nexon in Dragonhound, details of which are below.

And now, Unity has announced that starting April 4th, they will offer optimized, production-focused, real-time ray tracing support with a custom experimental build, available on GitHub to all users with full preview access in the 2019.03 Unity release.

Ray-Tracing Capable GPU Installed Base Grows to Tens of Millions

NVIDIA GeForce GTX 1060 6GB and higher GPUs, powered by Pascal and Turing architectures, will be able to take advantage of ray tracing in games via a driver, expected in April. The new driver will enable tens of millions of GPUs for games that support real-time ray tracing, accelerating the growth of the technology and giving game developers a massive install base.

With this driver, GeForce GTX GPUs will execute ray tracing on shader cores. Game performance will vary based on the ray-tracing effects and on the number of rays cast in the game, along with GPU model and game resolution. Microsoft DXR and Vulkan APIs games are all supported.

For further details, head to our dedicated article.

Quake II RTX: A Ray-Traced Remaster of a Classic Game

Quake II is one of the greatest shooters of all time, and thanks to its open source release it has been a perennial favorite for modders and graphics gurus wanting to enhance a classic. Now, we’re getting in on the action by showing off a demo of Quake II RTX, a substantially-enhanced and upgraded version of Q2VKPT, which made headlines in January by adding ray tracing to Quake II. 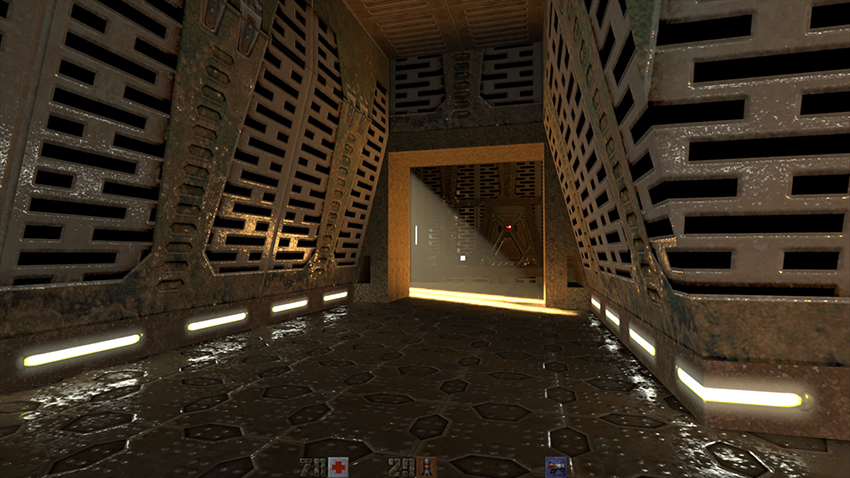 For more screenshot comparisons and info, check out our Quake II RTX article

With the blessing and assistance of Q2VKPT’s creators we’ve improved just about everything, and added a ton of additional ray-traced awesomeness, all of which you can read about in our dedicated Quake II RTX article.

Nexon’s Dragonhound is a mounted-combat online action RPG that has players hunting big ol’ dragons and monsters in a massive world. At GDC, Nexon announced that game will feature real-time ray-traced reflections and shadows, as demonstrated in this trailer from a work-in-progress version of the game, powered by Unreal Engine 4.22:

Remedy Entertainment’s Control launches late Summer. Published by 505 Games, it’s a third-person action-adventure set in the shape-shifting building of the Federal Bureau of Control (FBC), a secret government agency that keeps the supernatural out of the public eye. On PC, Control will be enhanced with glossy ray-traced reflections, ray-traced diffuse global illumination, and contact shadows for the most-influential light sources.

Check out the latest version of the game on PC, with ray tracing effects enabled in this exclusive video below:

As the official graphics partner of Vampire: The Masquerade - Bloodlines 2, NVIDIA will be working closely with Paradox to integrate Ray Tracing and NVIDIA DLSS, and to deliver the best possible experience for PC gamers. 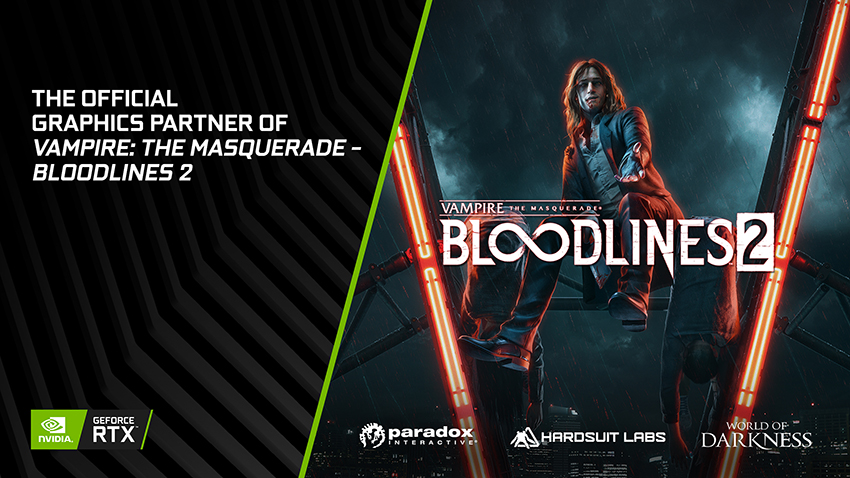 Learn more about the long-awaited, much-anticipated sequel in our dedicated Vampire: The Masquerade - Bloodlines 2 article.

Why write a new physics engine, or develop a visual effect, when top-notch versions already exist? That’s the benefit of GameWorks, and it’s why developers the world over have used PhysX, our visual effects, and our invaluable debug tools in their games.

If you’ve got any development experience, you’re in with a chance to win a NVIDIA TITAN RTX graphics card in our latest contest. To enter, make an Unreal Engine 4.22 tech demo featuring Microsoft DXR ray-traced global illumination, reflections or shadows.

A panel of judges from NVIDIA, Epic Games, and Microsoft will rate demos based on creativity, originality, technical achievement and usability, and three winners will be selected. Each will receive a NVIDIA TITAN RTX graphics card, as well as promotion on social media platforms, and developer support should you choose to continue working on your ray-traced project.

For a complete list of rules and requirements please head on over to the DXR Spotlight Contest page.

With our announcements this week at GDC 2019, GeForce gamers will experience more ray tracing in even more games, this year and in years to come. Stay tuned to GeForce.com throughout the week for more ray-tracing reveals, trailers, and announcements. In the meantime, marvel at Project Sol Part 3, our latest real-time ray-traced cinematic:

This product is based on or incorporates materials from the sources listed below (third party IP). Such licenses and notices are provided for informational purposes only.