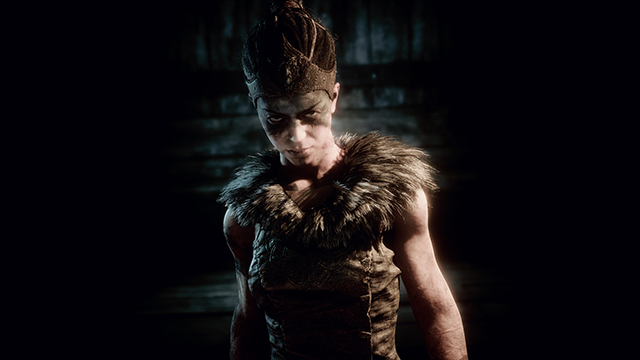 Created by Ninja Theory, the developers behind such games as Heavenly Sword and DmC: Devil May Cry, Hellblade: Senua’s Sacrifice presents a brutal and harrowing adventure, manifested by protagonist Senua’s experiences of psychosis. Ninja Theory have themselves been on a journey of discovery, working closely with neuroscientists and those with lived-experience of mental health difficulties to portray Senua’s reality in a truthful manner. While you venture forth into a vision quest deep into Viking territory, you’ll battle your way through monstrous Norsemen and unsettling visages from an up-close third-person perspective; there’s no HUD to get in the way of the action—the game instead relies on strong visuals and audio design to guide you through it. And should you see anything that truly takes your breath away, you can capture it using NVIDIA Ansel. 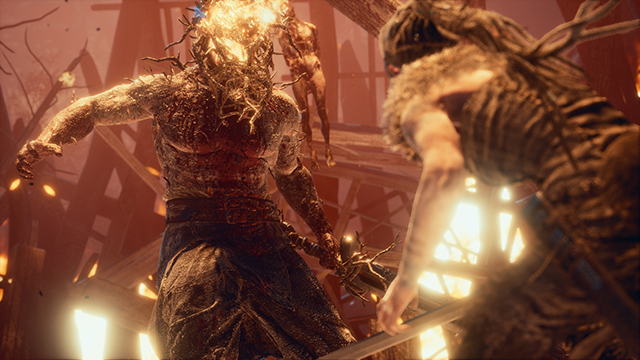 Ninja Theory cites three major components that their studio and Hellblade: Senua’s Sacrifice are built upon: world class combat, strong character stories, and a unique art vision. Hellblade: Senua’s Sacrifice is also the product of what the developers call "Independent AAA". That is, it’s not quite an indie game or a AAA game, but rather a combination of them both, with all the benefits of each, such as creative freedom, an affordable price, and topnotch production values. Plus you won’t need to invest half of your waking life to beat it (expect around nine hours of gameplay from start to finish).

From the beginning, Senua is set up as a decidedly tragic figure. She hears otherworldly voices due to her psychosis, and they haunt her throughout the journey. Ninja Theory did extensive research on the topic, and they worked closely with neuroscientists and those who experience psychosis in real life. While Senua’s plight is difficult and overwhelmingly challangng, you’ll find yourself wrapped up in her motivations and sympathizing with her fractured state of being. “In the immediate future,” said Creative Director Tameem Antoniades, “we hope that by creating a compelling and aspirational character in Senua who feels very much real, albeit in a fantasy setting, we can provide a lens into her reality, a different one to yours, and achieve a level of empathy and understanding that is difficult to convey or describe in lengthy essays.” 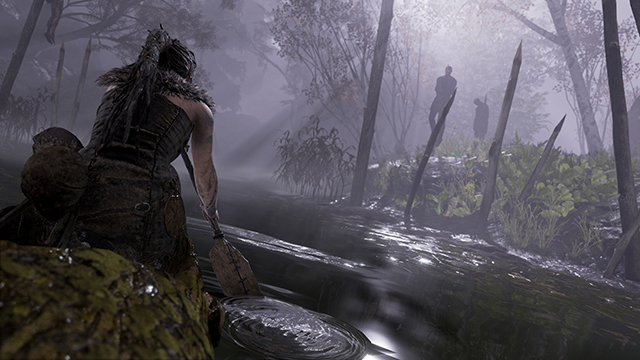 Some of the voices Senua hears are familiar to her while the origin of others is more mysterious. Perhaps most disconcerting of the voices are the Furies—disembodied entities who torture and, conversely, sometimes assist Senua with their cacophonies. If you own a pair of headphones, you’ll experience all those voices in enveloping, binaural 360-degree sound, something that Ninja Theory took great care in crafting. But there’s more than just voices you’ll have to wrestle with, and many of the obstacles involve creatures that look like they’ve been plucked straight out of hell. There are towering, muscle-bound beasts with heads wreathed in flame, lightning-quick bird-like foes who toss blades and leap with savage grace, and plenty of others.

Combat is fluid and fast, and you’ll parry, block, and counter attack to dispatch your foes. Senua is a pragmatic fighter, so you’ll also throw in knees and kicks—all the better to keep the opponent off guard. More than anything, Hellblade: Senua’s Sacrifice requires tactics and strategy over button-mashing. You’ll sometimes fight groups of adversaries too, and you’ll need to be decisive, accurate, and nimble, moving from one target to the other to maximize damage and minimize threats.

“Ninja Theory has characterized the Viking antagonists as larger and more powerful than Senua, who will rely on skill and cunning to persevere.” Said Fextralife in their preview. “From what we’ve seen, Senua is typically the fastest thing on the screen with graceful (yet vicious) movements. Enemies and their attacks often have a much greater feeling of weight, which is apparent when they (unfortunately) connect with Senua. The term “bone crunching” is not only fitting, but quite nearly felt by the viewer.” 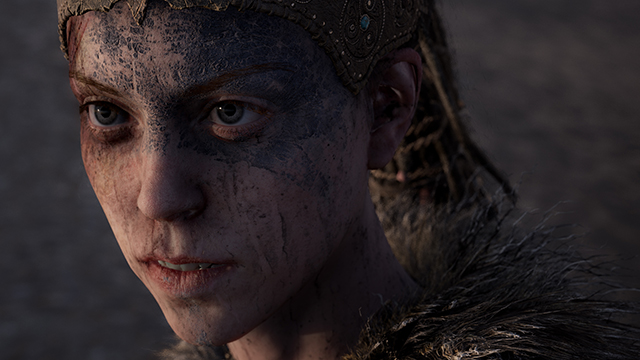 The world viewed through Senua’s eyes is both disturbing and beautiful. This dynamic is enhanced by some fantastic graphics — tree branches vibrate and dance through distorted viewpoints, giant fires burn and smoke from all around, and glowing runes and ghostly faces permeate throughout. Senua emotes, reacts, and moves within the environments with incredible realism, thanks to advanced motion-capture and rendering technology. In fact, Ninja Theory picked up the Siggraph 2016 Award for Best Real-Time Graphics and Interactivity for what the developers call “Realtime Cinematography.” With help from Epic Games, Cubic Motion, and 3Lateral, Ninja Theory shot, captured, edited, and rendered an in-depth scene from Hellblade: Senua’s Sacrifice in mere minutes. Senua is played by lead actress Melina Juergens, and you can check out an insightful dev diary of what it took for her to transform into the character here. 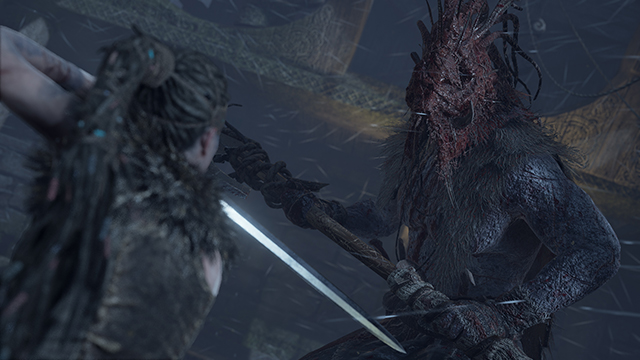 Hellblade: Senua’s Sacrifice is available for purchase from GOG.com and Steam and is also available for PlayStation 4. Keep your eyes peeled for new gameplay footage and reviews on YouTube, and from your favorite media sites, such as PCGamesN, PC Gamer, Eurogamer, IGN, and others. 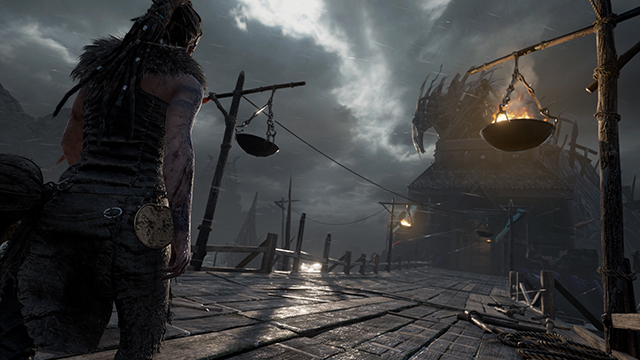