Kingdom Come: Deliverance is dungeons without the dragons, a fact proudly brandished by its developers: Warhorse Studios. The game utilizes an authentic and realistic approach to the otherwise fantasy-filled RPG genre, taking place in medieval Bohemia, the castle-covered center of feudal Europe. Judging by the excess of 35,000 Kickstarter backers and over 1.5 million dollars raised, players have been clamoring for a game like this for quite a while, and it’s now just around the corner—February 13th, to be precise.

Based on a true story, Kingdom Come: Deliverance drops you into the year 1403 as main character Henry, a lowly son of a blacksmith. It’s a violent time of upheaval and unrest, where the older King of Bohemia has perished, and a new king—Wenceslas IV—sits upon the throne. However, Wenceslas’s half-brother Sigismund is none too pleased by this turn of events, and in a fit of fury, he captures Wenceslas and invades the region with a mercenary army. Henry feels the effects of this war full-force when his family is butchered and his home annihilated at the hands of Sigismund’s men. As the lone survivor of the attack, Henry swears vengeance and justice for those that tore his life apart.

Henry might have a blacksmith’s background, but he’s yours to mold and steer. As you take control and explore an amazingly and lovingly recreated historical landscape, you’ll create a reputation and accrue charisma, which can be used to unlock quests and sway citizens of the realm to your cause. You’re free to solve problems and approach situations as you see fit, whether it’s through non-violent diplomacy, sneaky subterfuge, or the business-end of an arrow. Along your journeys, you’ll increase your level and pump up your stats (strength, agility, vitality, speech, and others), craft supplies, mix poisons, improve your skills, and discover a whole slew of weapons, armor, clothing, and period-specific accessories. 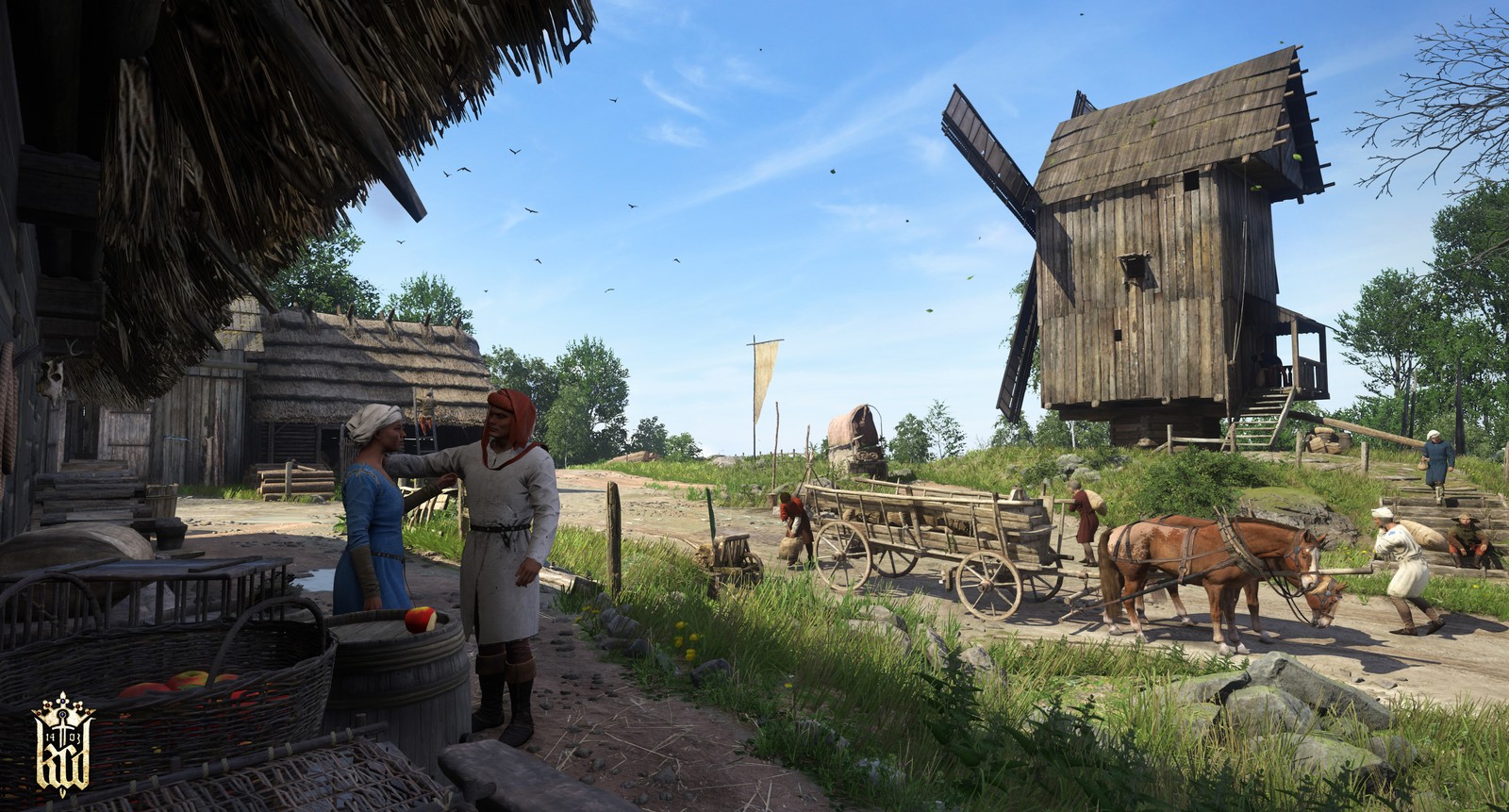 You’ll also have the opportunity to participate in the game’s deep combat system, which is based on actual European sword-fighting. The developers worked with experienced sword fighters to motion-capture their movements and techniques, which the animators used as references for in-game fights. Melee involves location-based damage on 26 different areas of the body, and nuances such as armored protection, fatigue, and precise blocks and parries. Rushing in and swinging about wildly will do you little good. Instead, you’ll have to study and comprehend your foe’s offense and defense. For example, an opponent in full-plate presents a much different challenge than a light and nimble rogue. And while an armor-clad assailant might seem fearsome, they tire much faster when they move about and try to strike you, which can leave vital areas open to attacks of opportunity.  It’s not all swords either—there are also axes, maces, bows and arrows, and plenty of others to wield. Pairing nicely with all those armaments are mighty castle sieges and grand historic battles peppering the game.

While you could just go around poking swords into anyone you stumble across, there are repercussions to such actions. That’s because NPC’s will report your malfeasance to the local authorities, which means you could end up in a heap of trouble, possibly the fatal kind. Crimes can affect how others behave around you as well, and even make a dent in the economy. After all, if you rob a merchant and leave his battered corpse tossed in a nearby ditch, it’s likely that others are going to be wary of trading. But it’s still up to you; if you just can’t resist a life of shady and unscrupulous acts, feel free to indulge. This all builds into the game’s intricate reputation system, where your various behaviors appeal to different NPC personalities. But you’ll need more than just actions to attract allies—paying attention to conversations and choosing the right answers, catering to a person’s needs, and staying in touch are all essential tasks if you want to keep someone loyal and dependable. 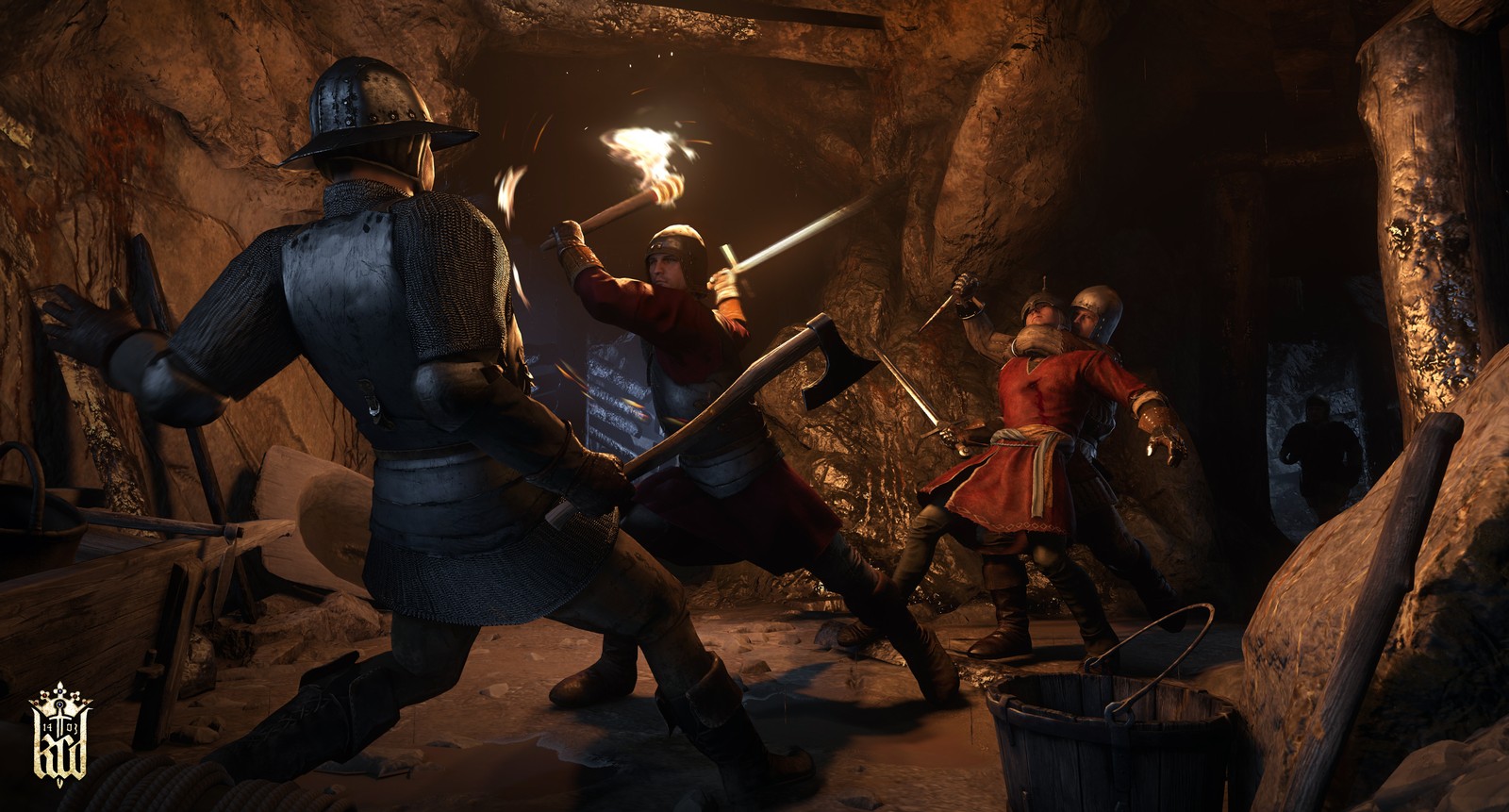 Since historic details, a massive open-world environment, and medieval authenticity are the cornerstones of Kingdom Come: Deliverance, Warhorse Studios knew they’d need exceptional graphics to render their vision accurately onscreen. With the powerful CryEngine running behind the scenes—the same engine used in such lauded graphical titles as Crysis, The Climb, and Prey—you’ll be treated to some lovely sights indeed. There are high-resolution textures applied to every in-game object, a full day and night cycle, facial scans and detailed expressions of all the characters, scarred and embattled landscapes, and sprawling, intricate forests that are so realistic, you can actually get lost in them if you lose your way.

You can purchase Kingdom Come: Deliverance on Steam, Humble Bundle, and Games Planet starting February 13th. For more info, there’s a wealth of behind the scenes videos on the game’s homepage, and some in-depth previews from outlets such IGN, WCCF Tech, Eurogamer, and others. Reviews should be out soon as well.