In MercurySteam’s third-person shooter Raiders of the Broken Planet, mankind discovered an all-powerful source of energy—called Aleph—which leads humanity to the far edges of the universe in its pursuit. However, disaster strikes, and the human opportunists are stranded on the Broken Planet. Diverse factions spring up from the once-unified collective, and in-fighting and violent rivalries erupt in the attempt to secure the precious resource. The once beneficent people indigenous to the Broken Planet are fed up, and decide to put an end to the invaders’ destruction. They begin recruiting Raiders: disenchanted members of the human factions who can be swayed to their cause. It’s up to you whether you want to join the resistance for the greater good, or quash the Raiders in their tracks by becoming The Antagonist, allying with the forces against them.

After firing up the game, you’ll have access to a large number of Raiders in single-player, or in 4v1 multiplayer co-op, where a fifth participant can jump in as the enemy Antagonist. When you perform an outstanding play, like eliminating the Antagonist, scoring multiple kills in a short period of time, or defeating the Raiders, NVIDIA’s ShadowPlay Highlights will automatically save a gameplay clip highlighting these moments. And with a few clicks at the end of each mission or match you can share your favorites with friends and fans via YouTube and other services.

In addition, you can also press Alt+F2 at any time during single-player gameplay to frame and capture unique NVIDIA Ansel screenshots. 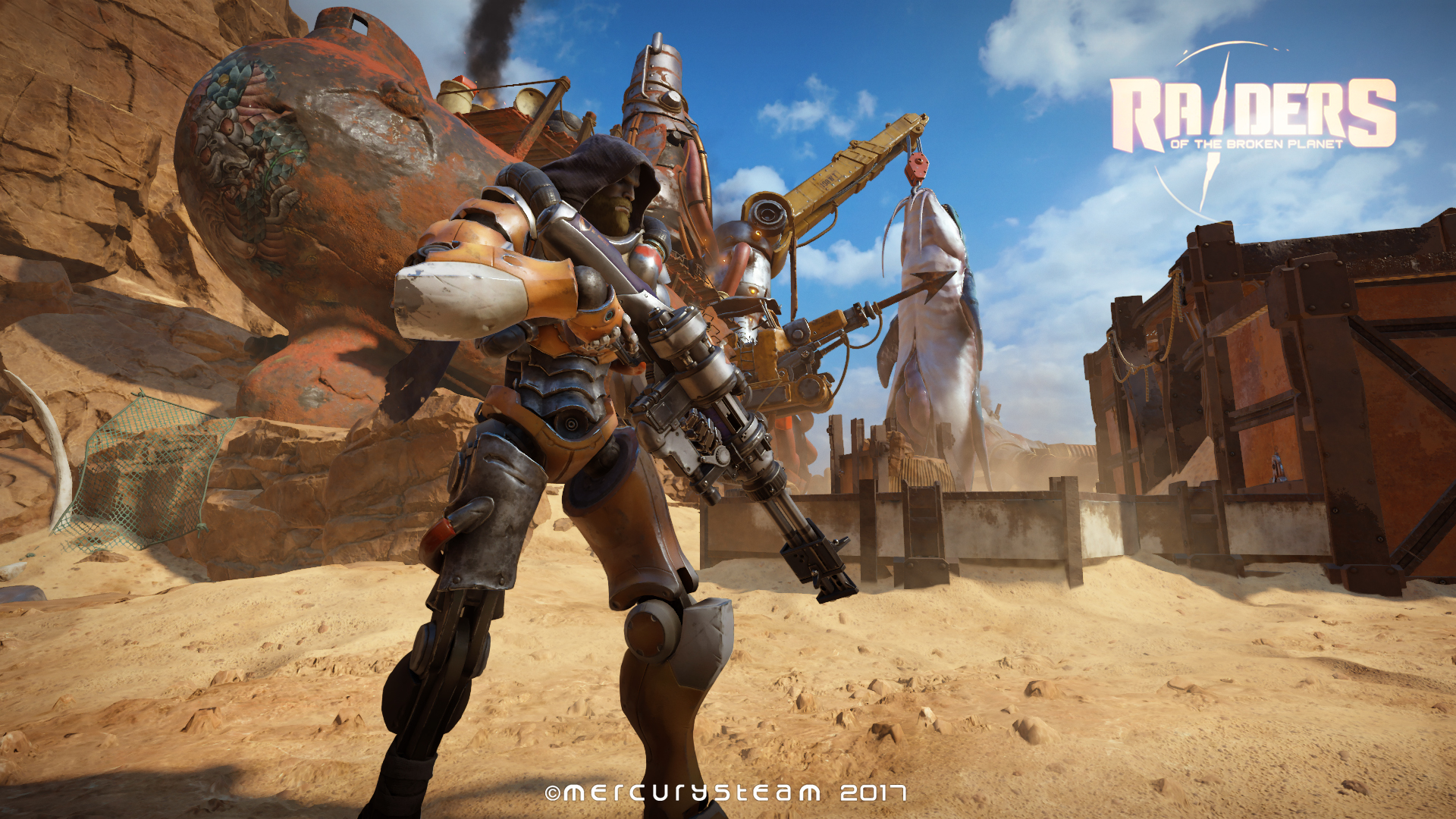 Each of the titular Raiders belongs to one of four distinct factions, including the Locals, Hades Division, Fifth Council, and Umbra Wardogs. The Locals are the planet’s natives, intent on repulsing the humans from their home world. The Hades Division is an Earth mercenary force led by General Krauser, who seeks total domination. The Fifth Council are modified human cyborgs wishing to further their organic-techno fusion. Finally, The Umbra Wardogs are a group of mercs and bounty hunters led by crime boss and drug-peddler General Marmalade. 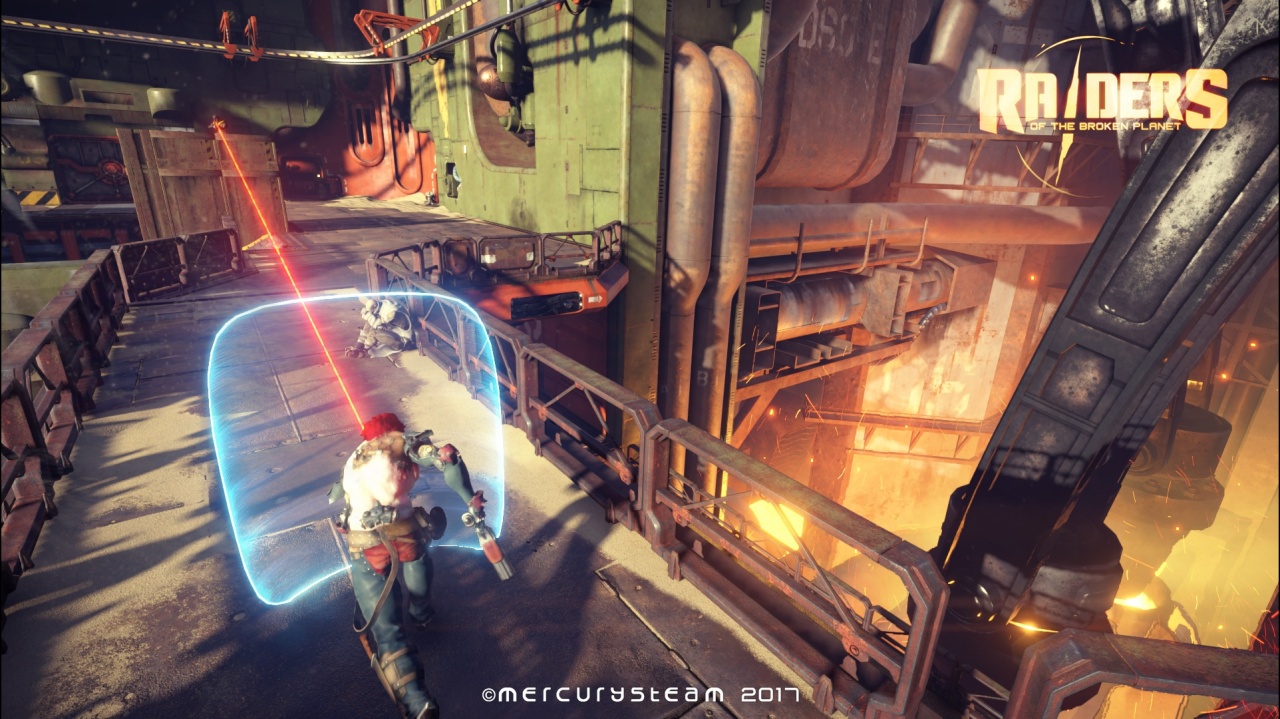 Some Raiders are available from the beginning, and others are unlocked by playing through missions. Each one has an exclusive back story, skillset, and weapon preference, and each of them typically fulfills a certain kind of role. For example, Harec is a Local sniper who uses timed, potent shots laced with Aleph for long-range, deadly effect. The shots give away his location, necessitating a hit and run dynamic, but this is bolstered by his disappearing and reappearing skill, allowing Harec to act like a combat ghost. In stark contrast to Harec, Lycus—a Hades Division short-ranger fighter—enjoys shotguns and melee to maximize up-close-and-personal kills. He keeps himself alive by using his rechargeable kinetic-shield skill, which protects him from projectiles. And then there’s Alicia, an assault specialist from the Umbra Wardogs. She relies on her superhuman agility skills to jump to insane heights, allowing her to get the drop on the adversaries. By aiming her pair of repeating shotguns while in the air, she can even slow her descent to maximize the death from above.

Even though every Raider retains their own tailored approaches and style, you’ll still need to rely on some uniform gameplay mechanics to remain effective. One of those mechanics is keeping your character as safe and hidden as possible by seeking cover behind obstacles, which you can easily do by using the game’s seamless cover system (you don’t need to press any keys or buttons to do it). By utilizing cover often, you can get within melee range, and then surprise your opponents with punches and kicks. That’s an important concept, because by going the melee route, you can recover ammo (an otherwise limited resource) and absorb Aleph, which increases resistances, steadies aim, and boosts your healing. You won’t be able to gain Aleph or spare ammo if you simply blast your enemies apart from a distance.

Another dynamic to manage is stress. If your Raider reaches the breaking point, their stress reveals an Aleph signature that’s visible even if you’re hidden behind cover. You’ll have to keep the stress in check to avoid getting discovered, outmaneuvered, and outflanked. Some characters are more prone to stress than others, and some actions can increase the stress faster, such as running around in the open and taking fire. Crouching, staying pressed to cover, and being stealthy is usually a good way to maintain a low stress level.

With Raiders of the Broken Planet’s 4v1 co-op mode, you’ll have certain objectives and tasks that need to be achieved per mission, and you’ll have to fight as a coherent team, using strong tactics to defeat the AI adversaries. However, you’ll need to be on the lookout for the Antagonist, whose sole purpose is to disrupt your plans and cause general chaos amid your ranks (and if you’re feeling evil, you can always decide to play as The Antagonist from the get-go). Since the four-player team shares a respawn pool, a skilled Antagonist can deplete it quickly by murdering you often, forcing everyone to wait in limbo (wasting valuable mission time) until your NPC pilot arrives back with more resources to get the respawn pool filled back up.

If you decide to become the Antagonist, you’ll get to choose from the same group of Raiders as the others, but you can see who everyone else has already selected, which can provide a tactical advantage. As MercurySteam puts it: “This gives the Antagonist the opportunity to pick a character whose strengths and weaknesses are tailored towards the opposition. Combined with the shifting objectives, complex enemy AI and dynamic characters, the Antagonist is another element that makes the outcome of matches impossible to predict as both sides do everything they can to win.” 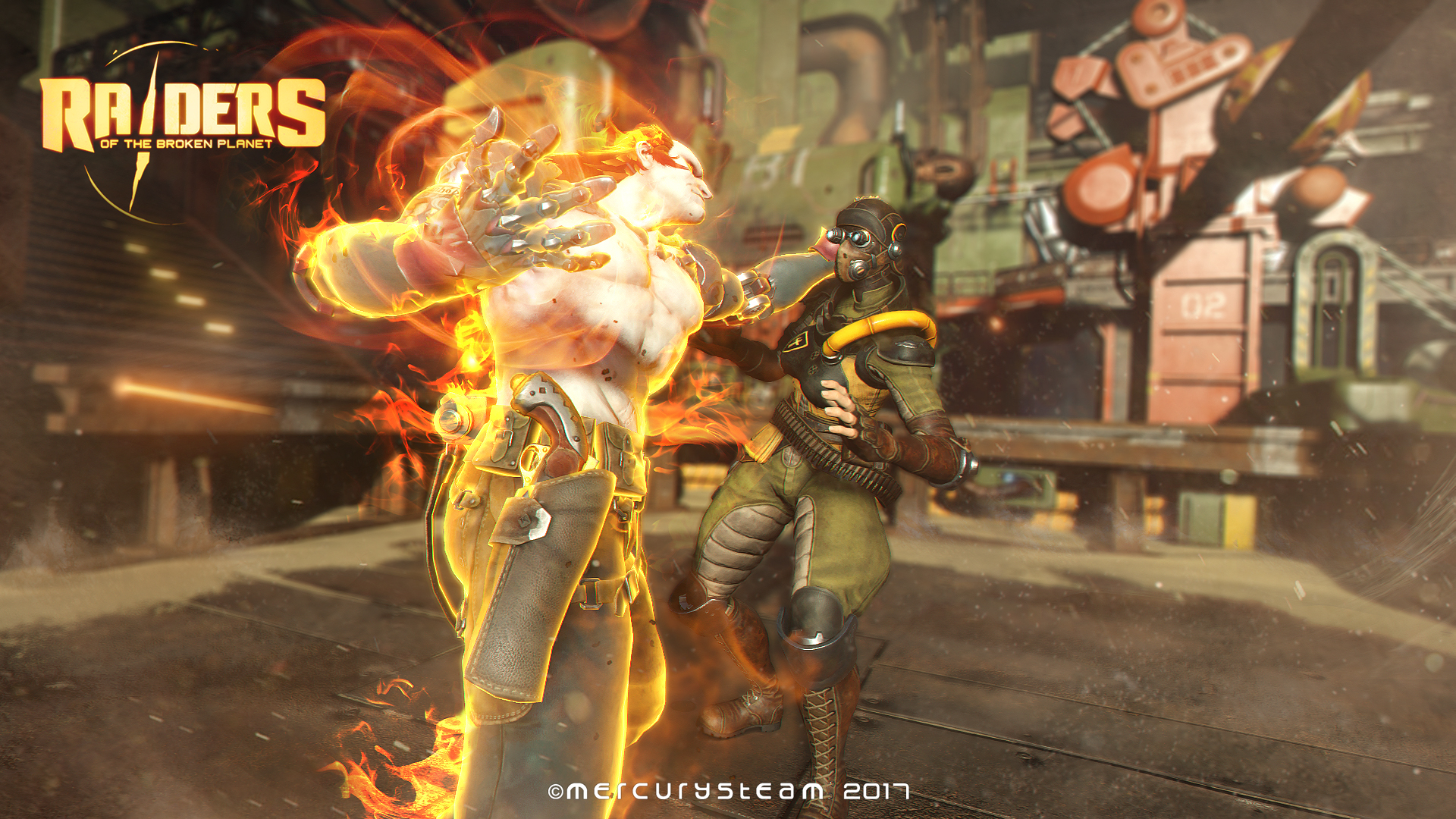 You can download Raiders of the Broken Planet for free, which gives access to two in-depth missions (the prologue and the first episode), four multiplayer stages, a single-player mode, and an assortment of playable Raiders. The game’s initial expansion, called Alien Myths, costs $9.99, and is available now. After that, the devs plan on releasing three more campaigns over time, playable in whichever order you desire: Wardog Fury, Hades Betrayal, and Council’s Apocalypse.