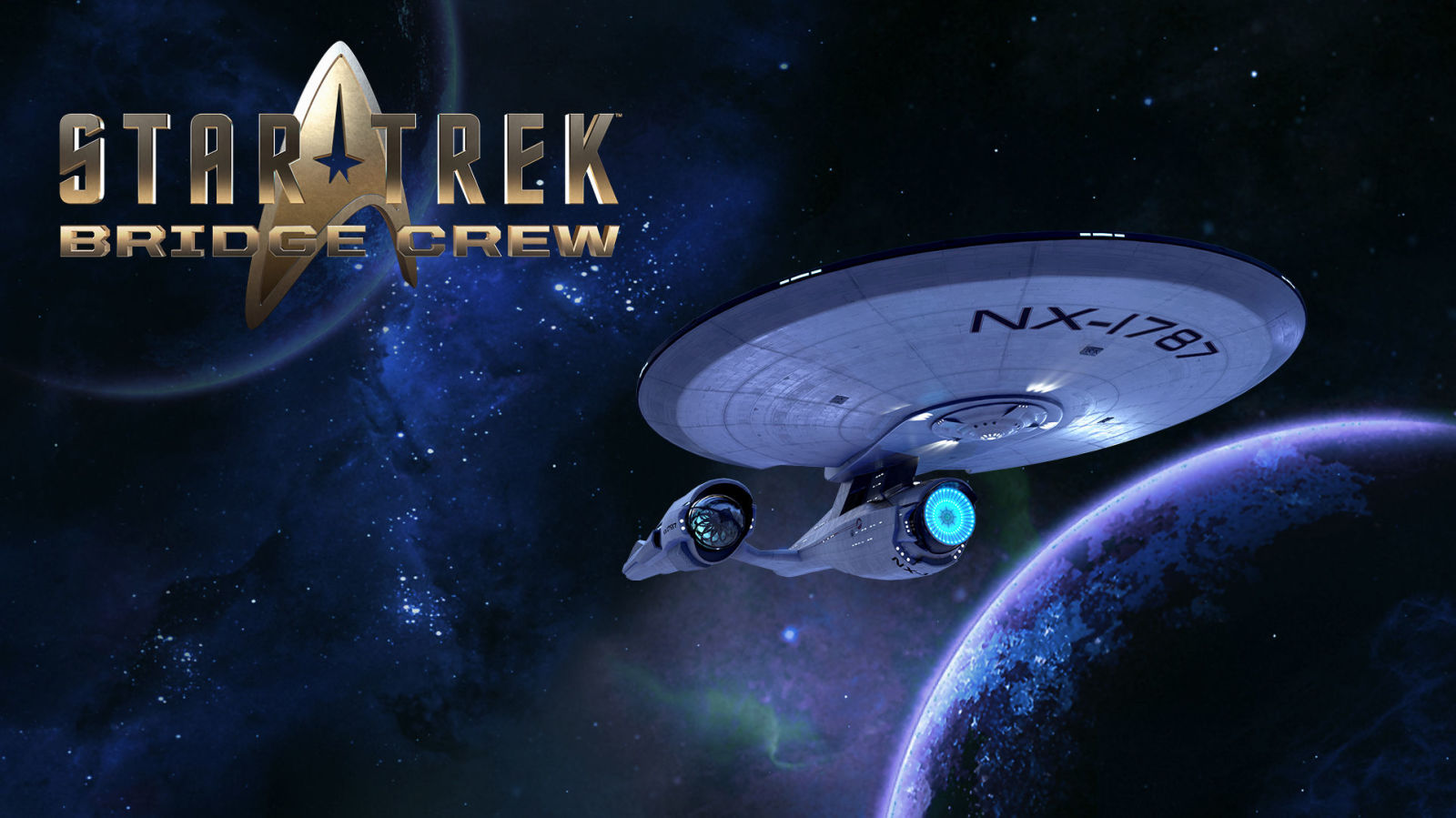 For many Star Trek fans, the idea of being on the bridge of a Federation starship is akin to paradise. Now, thanks to Star Trek: Bridge Crew, that dream is almost a reality. Developed by industry veterans Red Storm Entertainment—creators of notable titles in the Rainbow 6 and Ghost Recon franchises, as well as their latest VR game Werewolves Within, Star Trek: Bridge Crew was built specifically for VR (available on the PC through the Oculus Rift and HTC Vive).

The game allows up to four players online or via LAN to take control of the U.S.S Aegis, a brand new vessel set in the alternate reality of the new Star Trek movies. Your mission is to take the Aegis deep into The Trench, a relatively unexplored area of space, and evaluate the prospects of relocating the Vulcans to a new home world inside it. But you're not the only ones interested in The Trench. The Klingons have been spotted there too, and it's up to you to decipher their motivations, while simultaneously claiming the area as peacefully as possible for the Federation. 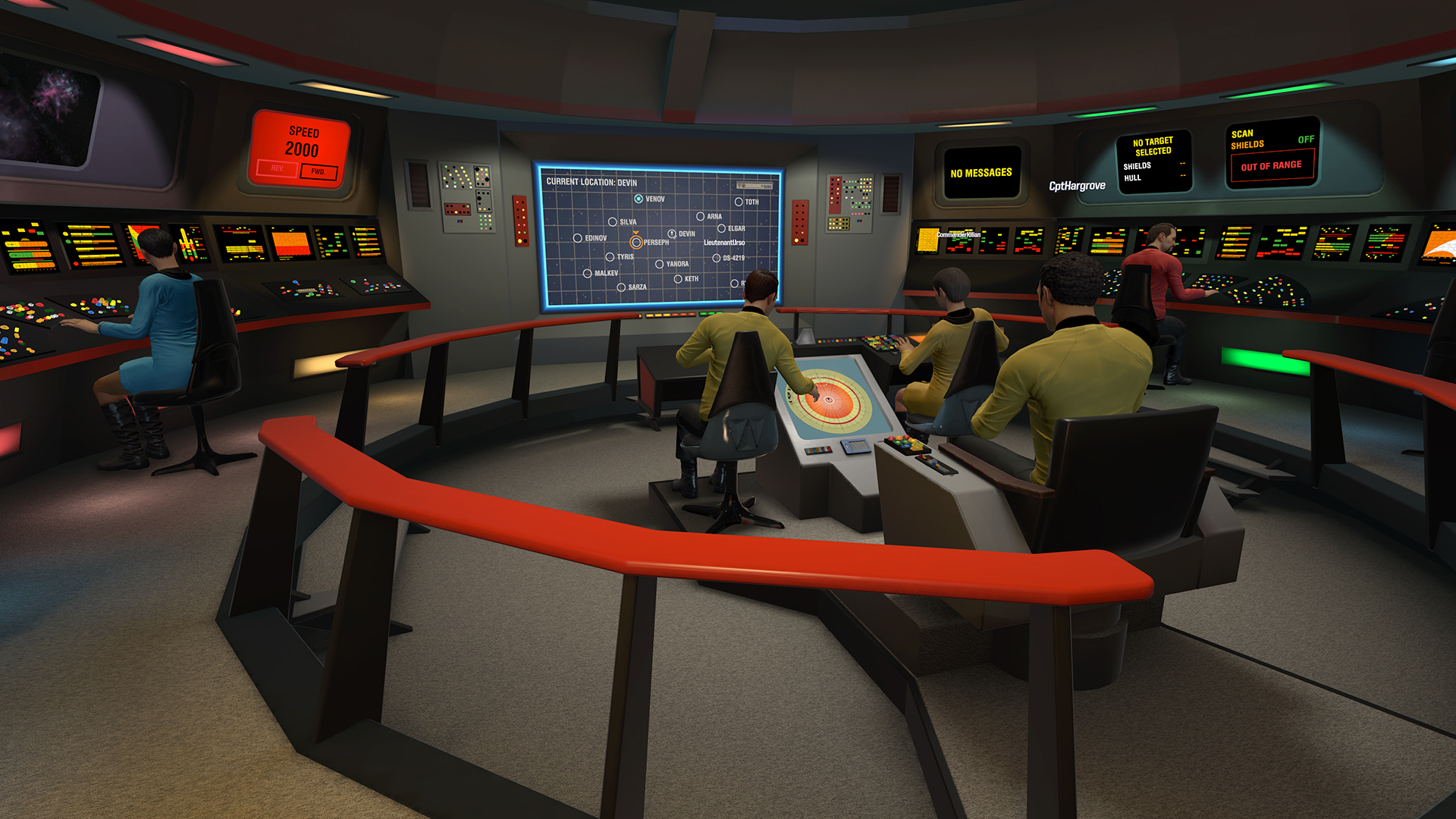 Yearning for some sweet nostalgia from Star Trek: The Original Series? Not a problem, because Star Trek: Bridge Crew also offers access to the very first U.S.S. Enterprise NCC 1701. By firing up Ongoing Voyages mode—which creates randomly generated adventures—you can take part in missions inspired by the classic show, doing your best Chekov, Sulu, Scotty, and Kirk impersonations along the way. “The original U.S.S. Enterprise is such an iconic part of the franchise,” said Sr. Creative Director David Votypka. “It's the ship that started it all. The adventures and relationships that took place on the ship are a special part of Star Trek history, so we were determined to give players the opportunity to create their own adventures and stories on this classic ship. We're very excited to see player reactions when they step onto the U.S.S. Enterprise original bridge for the first time, and experience Star Trek: Bridge Crew in a whole new way.”

Ongoing Voyages mode is available for the U.S.S. Aegis as well. It's a great way for players to make up their own journeys in either Star Trek universe, and quite literally explore strange new worlds, seek out new life and new civilizations, and boldly go where no one has gone before. 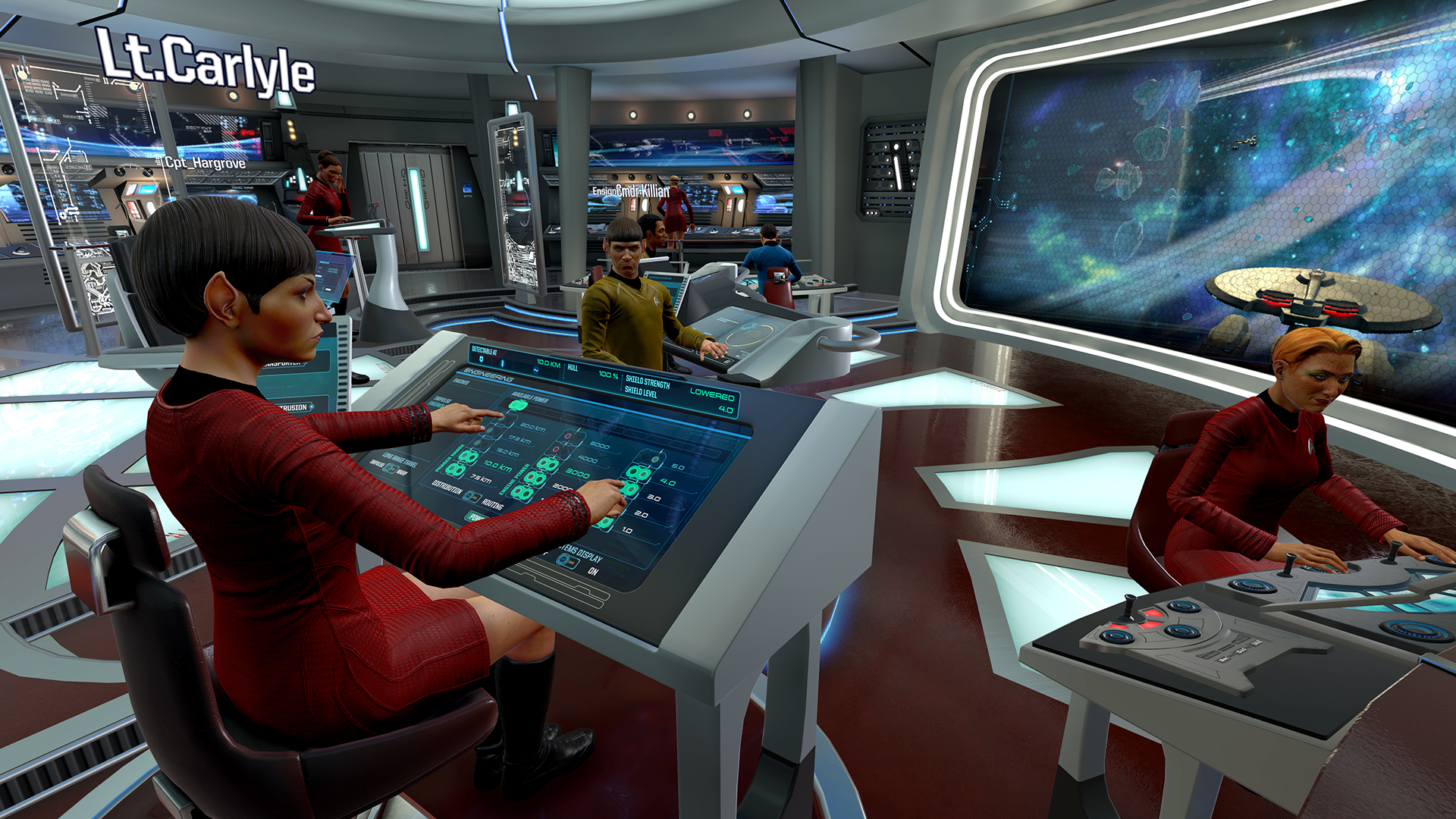 For gameplay, Star Trek: Bridge Crew opens up four positions for players to fill: captain, engineer, helm officer, and tactical officer. While you envelop yourself inside the game's rich and established environment, you'll notice plenty of attention to Star Trek detail. The bridges of the Aegis and the Enterprise are both loving recreations of those found in the latest Star Trek films and The Original Series, right down to the smallest view screens and controls on the conn. Each uniform is wholly authentic, and every blip, engine roar, and computer noise will remind you of the game's namesake. 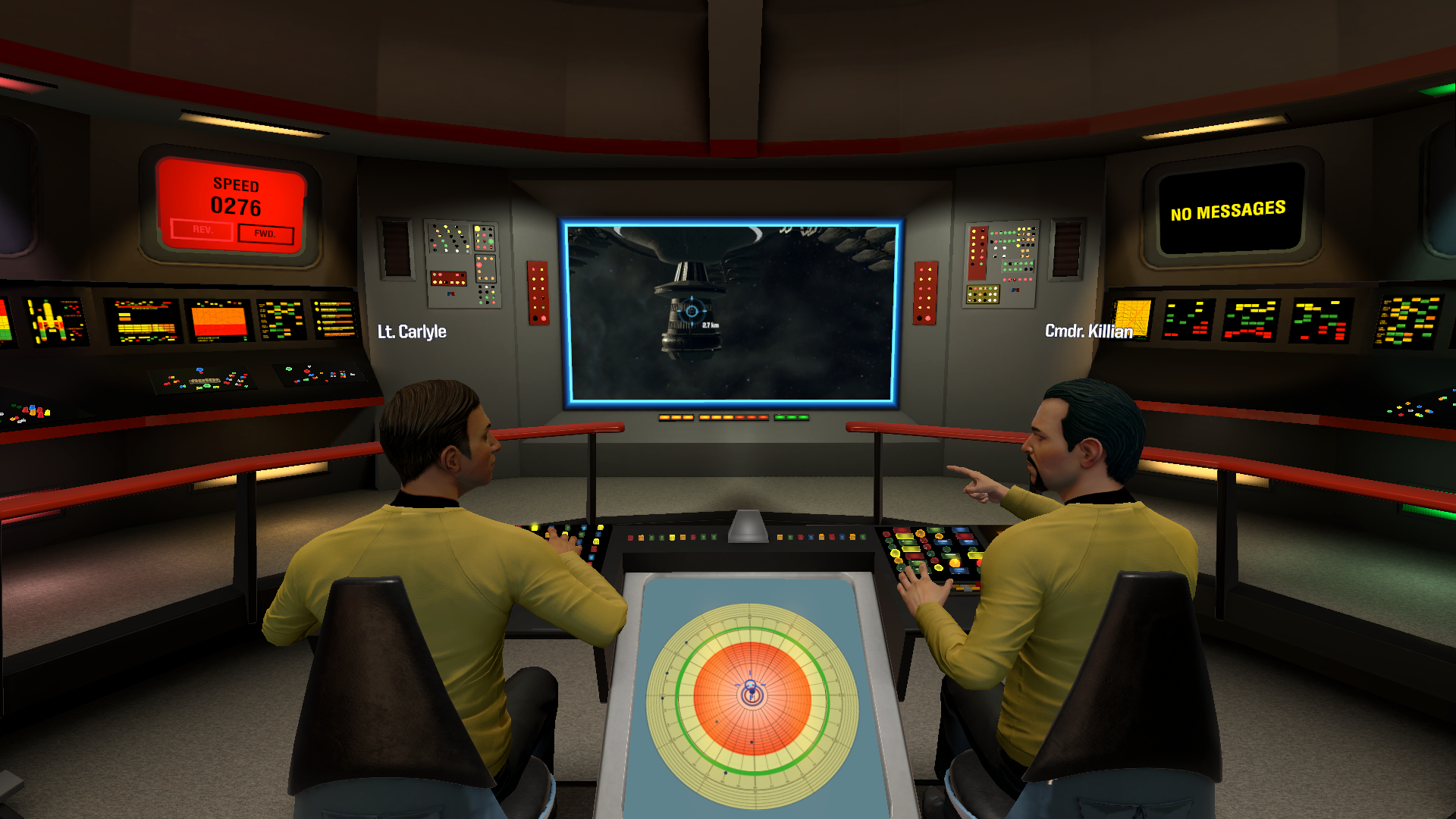 Luckily for you, the Aegis and Enterprise are top-of-the-line starships for the eras they inhabit. The Aegis in particular utilizes advanced systems that can hack enemy shields, scan for unseen and potentially dangerous anomalies, pin-point exploitable weaknesses in opposing vessels, and lots more. But even with these advantages, it all comes down to the performance of you and your fellow officers. A ship is only as good as her crew, after all. 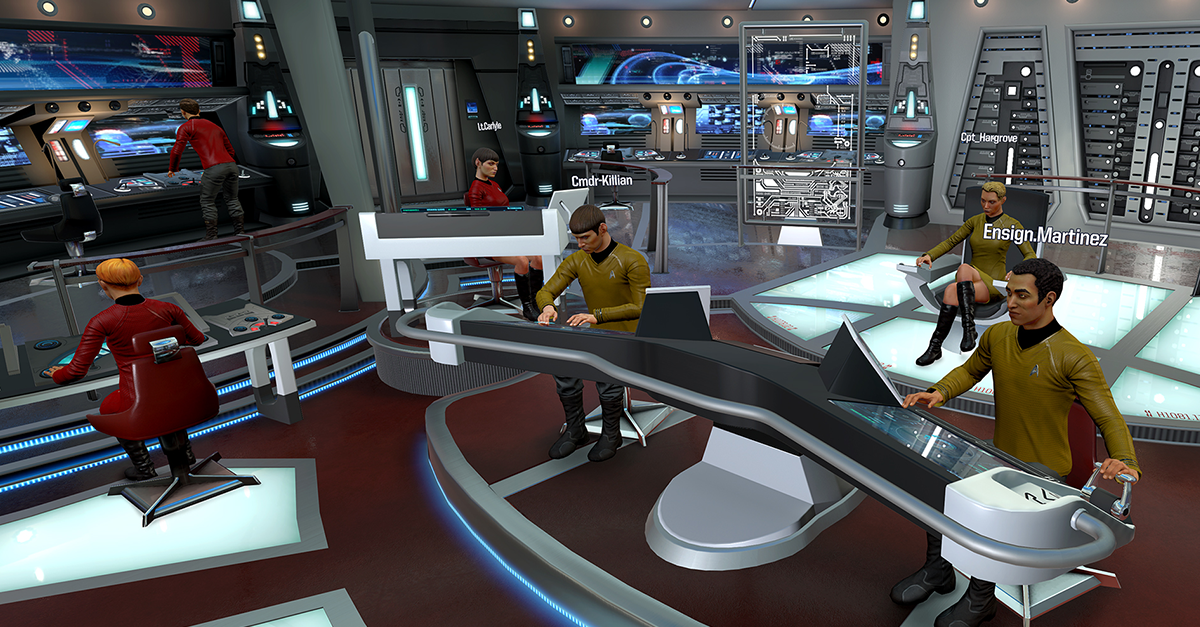 Each of the four bridge roles employ unique responsibilities, with advanced options available should you desire. The captain gains access to extra intel and information compared to the other three positions, and acts as an overall coordinator. Engineering involves rerouting power to various subsystems, charging warp coils, and controlling the transporter. Piloting either ship as the helm officer takes both reflexes and poise under pressure, but feels quite different compared to the tactical spot, where weapons and defensive systems are paramount. You'll have the option to choose either humans or Vulcans as character types, and Klingons will serve as the main NPC adversaries.

Combat is always a possibility—and oftentimes unavoidable—but Red Storm reassures that warfare isn't the game's main focus, which keeps in line with the context of the Star Trek franchise. Most of the time, you and your crew will need to heavily weigh all the options and potential alternatives to violence. Red Storm wants players to have real choices when it comes down to handling given situations. As Sr. Creative Director David Votypka puts it: “We have a huge responsibility to make sure [the game] really feels like Star Trek… and that's what we want to do. If we can't do that, we shouldn't do it all in my opinion… people have come by, they play it, and they say ‘I feel like I'm on the bridge; I feel like I'm in an episode.'” 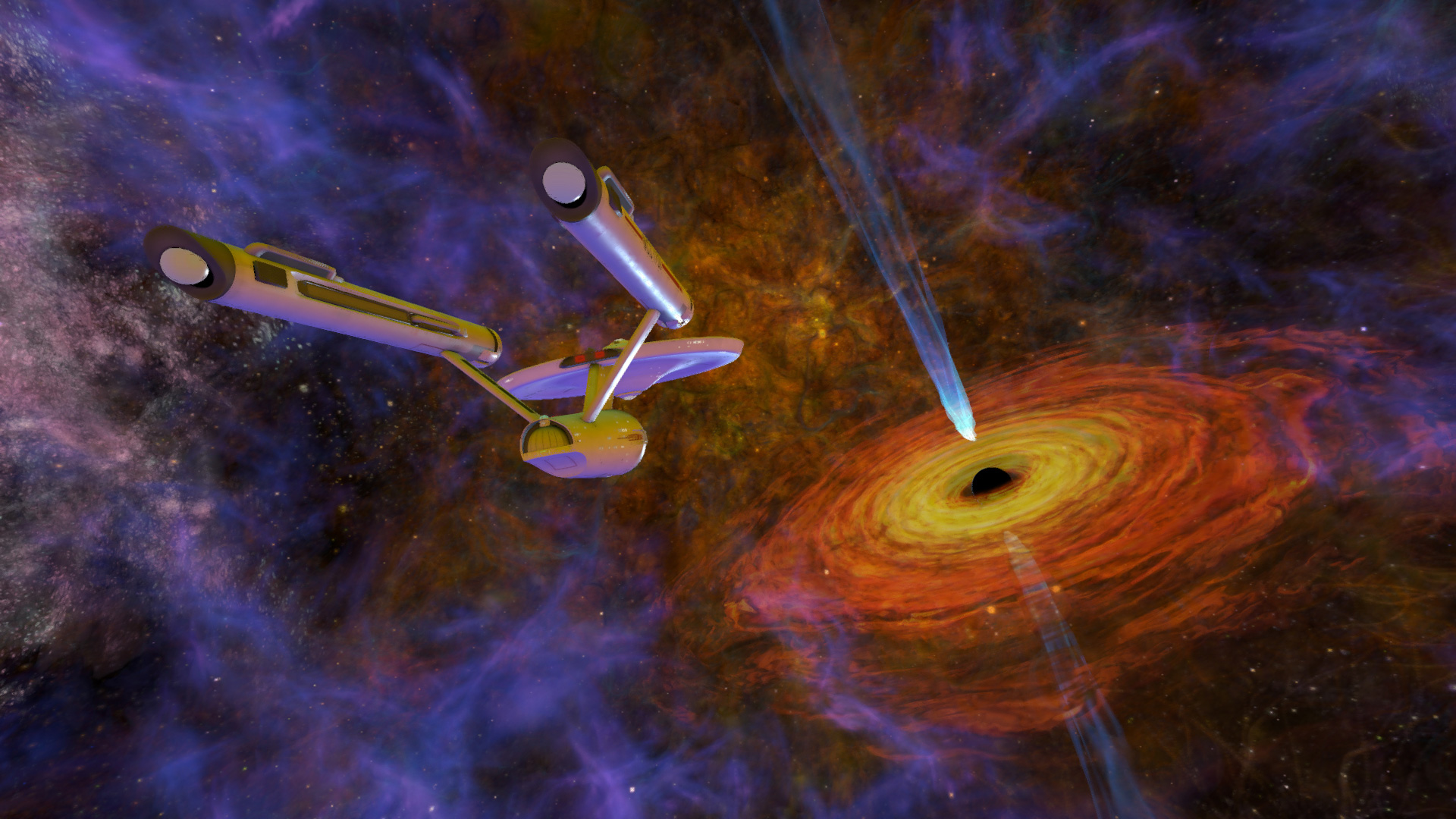 And while online and LAN co-op is rewarding, you can also take the captain's seat on the Aegis or Enterprise in single-player, relying on AI teammates to get the job done. If you're feeling the pull of the Enterprise, you can load up the aforementioned Ongoing Voyages mode, and for the Aegis, you can lose yourself in the game's dynamic storyline, which kicks off after the Vulcans lose their home planet to the wrath of Nero—a rogue Romulan who went back in time in search of vengeance against Spock.

Star Trek: Bridge Crew is available on Steam and Uplay, and it's set to release on May 30th, 2017. In order to get the best possible VR experience, make sure your gaming rig is VR Ready with a GeForce GTX 10-series GPU, like the recently-released GeForce GTX 1080 Ti.