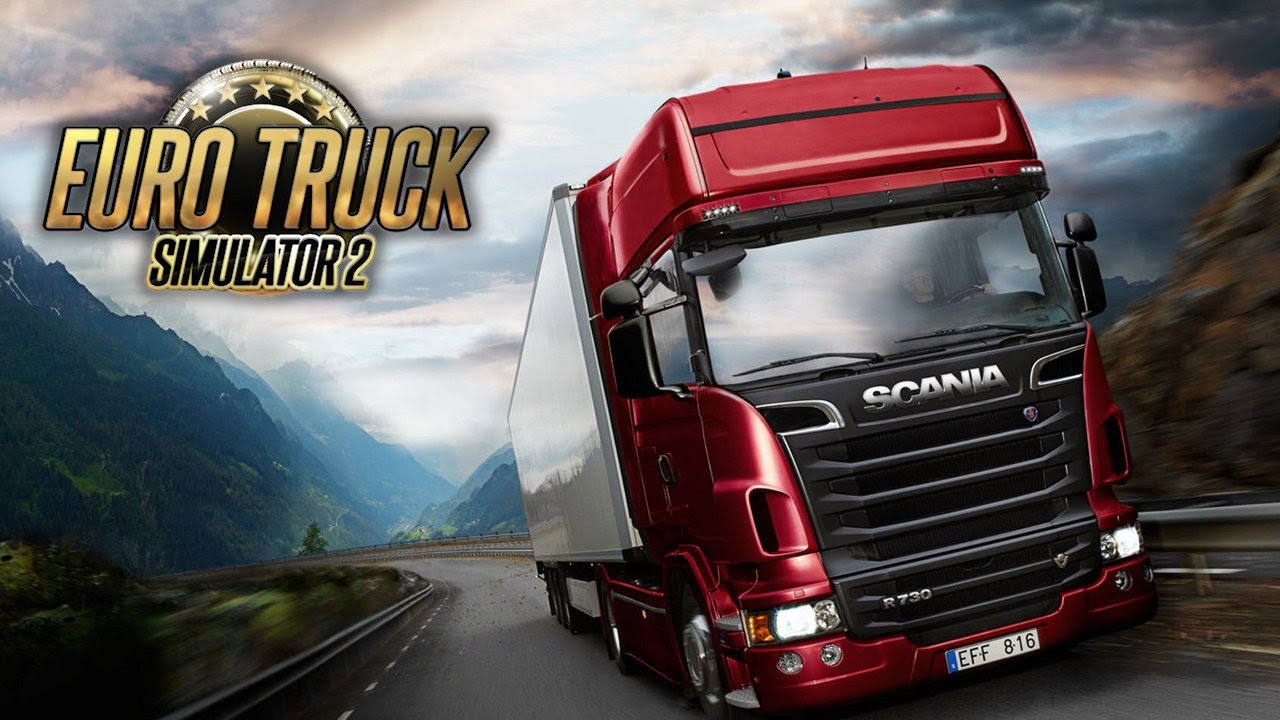 Euro Truck Simulator 2 is a deep and rewarding game, and it was met with favorable reviews when it released back in 2012. It's maintained a large, active community since its inception, and gamers from all over have lauded its in-game economy, career paths, and authentic European roadways. And even if you've never climbed behind a simulated wheel before, it's likely you'll find something to enjoy thanks to the game's level of customization, and its open-ended environment. There's just something incredibly fun about driving a gigantic, metallic behemoth that you've tweaked with your own hands across breathtaking sceneries and delivering a payload successfully (and on time).

But it doesn't stop there. Euro Truck Simulator 2, in addition to all of its out-of-the-box goodness, also has a huge amount of fantastic mods. So many, in fact, that it can be a little dizzying trying to sort through each and every one. That's why we hand-picked the very best and included them in the list below. We also categorized the list by specific topics (such as AI traffic packs and truck types), so if you're leaning towards a particular area, it'll be easier to locate the file.

For detailed info on how to install the mods, check out these instructions. All you'll need ahead of time is an unzipping program, such as WinRAR or 7Zip. The installation process is remarkably simple, so once you've downloaded the mods you should be able to get them up and running immediately. 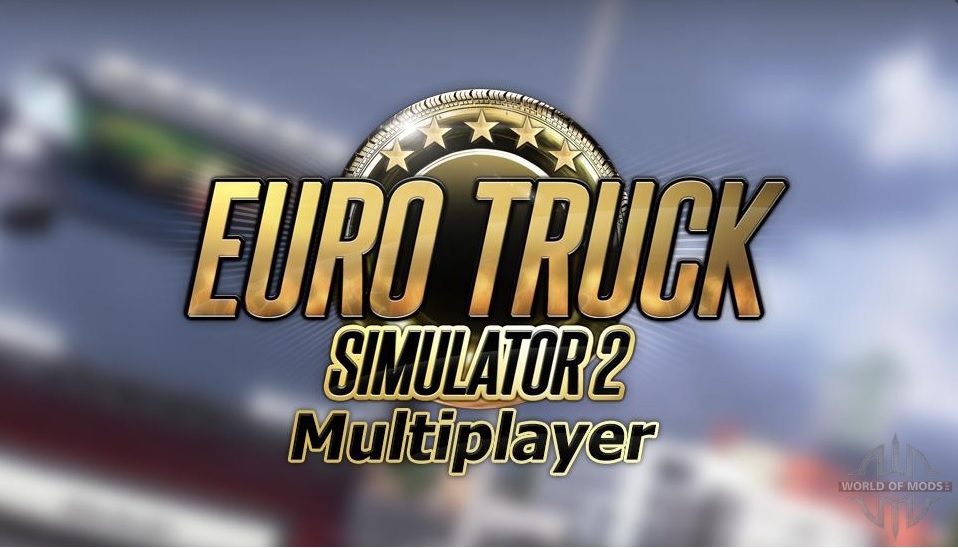 Euro Truck Simulator 2 doesn’t have multiplayer by default, but that didn’t stop modders from making it happen anyway. The whole concept behind this ambitious add-on is that every single truck on the road is controlled by a human driver, rather than by the AI. It’s kind of like World of Warcraft, except with big rigs and high-volume trailer loads. Trucker’s MP includes support for nicknames, global server chat, avatars, and more. There’s even an admin team of over 50 people working behind the scenes to keep the mod going strong and steady. 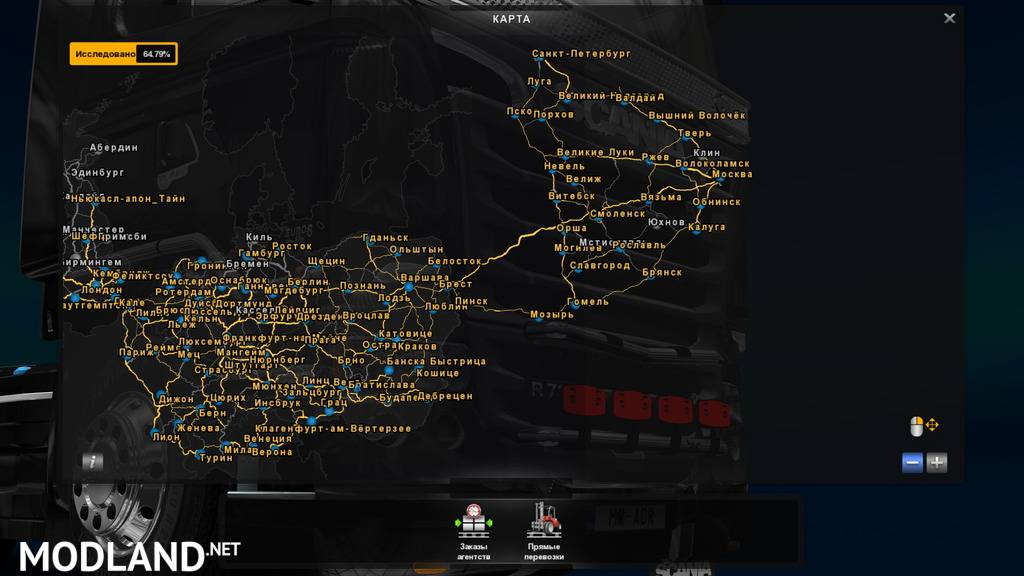 This simple but effective mod replaces the default map symbols on your GPS unit as well as the main map. The author also includes steps on changing the descriptions of the symbols to different languages. At a mere 7kb, this one should only take a second or two to acquire.

This add-on recreates the vast Russian territory, and includes such famous locations as Belarus, Minsk, Saint Petersburg, Moscow, and many more. There are also plenty of cities in the Republic of Belarus, and a staggering amount of roads leading between everything. Aside from the larger metropolitan areas, there are plenty of smallish towns dotted about as well. 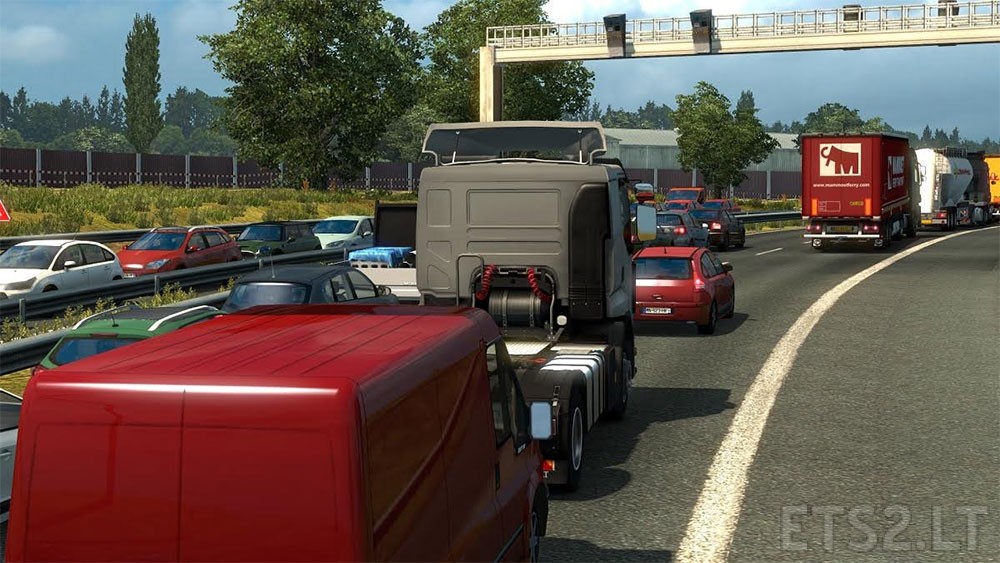 Jazzycat makes some amazing mods when it comes to traffic in Euro Truck Simulator 2. The link above leads to a whole host of options, ranging from loads of detailed tour buses, trucks and trailers, sports cars, and standard cars. Each vehicle is a work of art, and each of them will look completely natural on the road beside you. There are makes and models from all over the world, adding significant variety to the standard game's mix.

Itching for as realistic an experience as possible? For the notably hardcore, you can install this traffic jam mod to make the in-game driving world mimic our sometimes unfortunate reality. At times you'll grin and relax as you see a line of unending cars on the other side of the highway, while other times you'll panic as you need to slam on the brakes while the traffic comes to a steady halt in front of you. 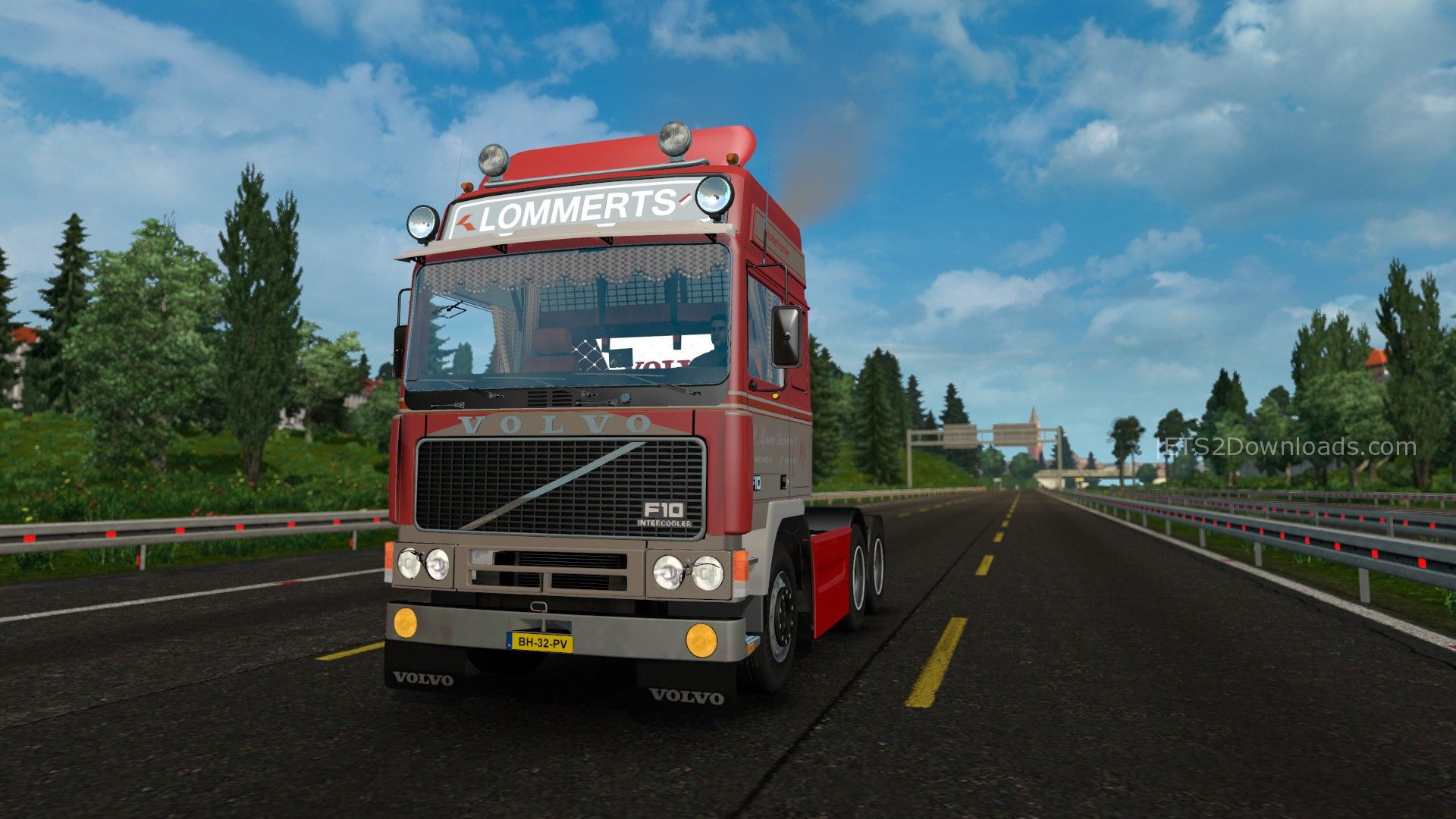 With this mod, you can buy your very own American classic Peterbilt 389 (available from the DAF dealer located in Amsterdam). The truck comes loaded with features, such as a wind deflector with the Peterbilt logo, a red light inside the cabin, a Viking bullbar with chains and hook, and a wide array of auxiliary lights, including parking, reverse, and turn signals. There are also four new engines to choose from, each with unique sounds.

The Scania Longline T Tandem differs noticeably from typical trucks, in that there's no detachable, pivoting trailer. Instead, it's essentially a long truck frame with a cargo compartment stacked on top. This particular version is fashioned off of the touring blueprint, which makes it even larger and more imposing than normal. There are two total engines—one intended for heavy loads and one for winter driving. This mod is an excellent way to change up the feel and handling of cross-country hauling.

A classic flat-nosed rig, the Volvo F10 can be bought from the in-game Volvo dealer (once the mod is installed, of course). The latest version uses less fuel, comes with oversized gas tanks, and incorporates a revised set of exhaust pipes. The chassis' V6 engine rumbles with authentic sound, and you can purchase the 8x4 motor in the shop independently of the truck. 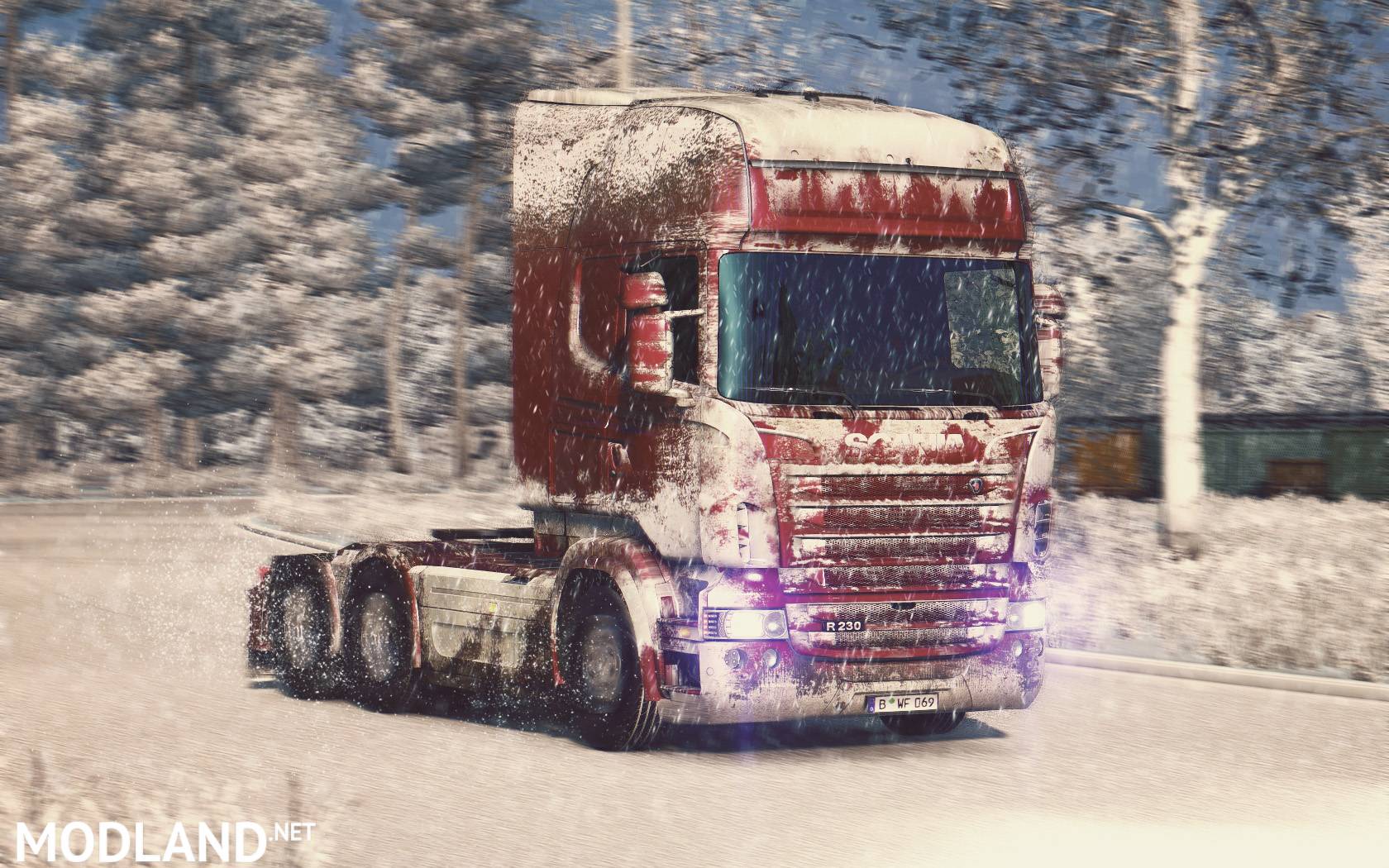 Want some wintery paradise in your Euro Truck Simulator 2? This mod adds snow-covered roads that blend well with the chilled environments around them, creating a distinct change of pace compared to the usual summer landscapes. If you happen to have a snowy skin for your truck, this is the perfect time to use it. 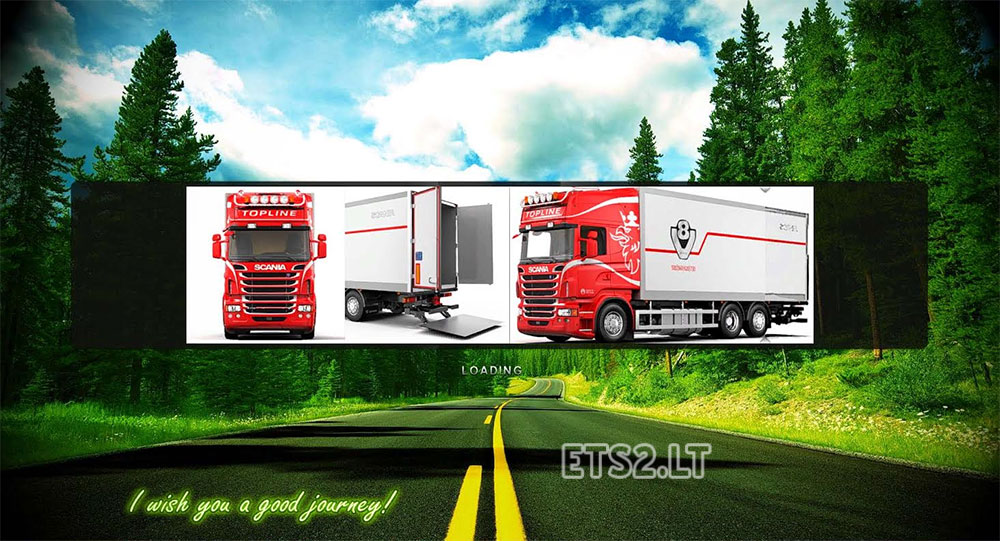 A complete reimagining of the stock menus, the New Menu Style mod includes a new loading screen, tweaked menu icons, and a realistic game map, which makes for an incredibly immersive experience with an updated look and feel. It won't take up that much storage space either, as the file clocks in at 47MB. 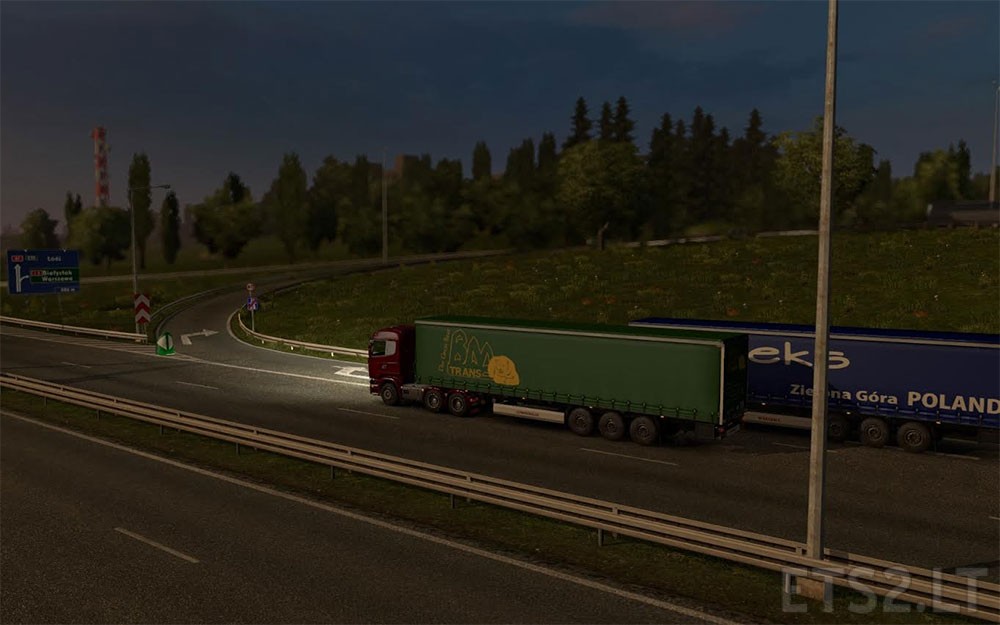 This 204MB mod adds 25 distinct trailers, most of which are flat-beds with heavy-duty equipment on top, such as industrial dump trucks, farming vehicles, road maintenance gear, and building materials. This trailer pack stands out thanks to the sheer size of the hardware carried and the detail in the model design.

This trailer pack is technically included with the giant Jazzycat Trucks, Buses, and Cars suite, but it's so good it's worth highlighting all on its own. It adds 47 distinct trailers, 1,500 skins, and 255 pieces of gear to go on top of them (including a helicopter, scores of lumber, and even a red, double-decker bus). The wide range of cargo is available from 82 companies for hauling.

Another impressive collection of trailers, Mega EuroPack offers 200 skins based off real-life designs. These trailers are also downloadable in 23 different languages, with one of the packs comprised of a mix of international selections—a wonderful choice if you'd like some additional cultural diversity in the game.

Think you have what it takes to drive an actual truck in Europe? This mod might be as close as you can get to doing so. With Improved Truck Physics applied, driving becomes far more challenging and realistic, and it heavily adjusts such crucial values as brake efficiency, retarder effectiveness, suspension, engine compression, flywheel resistance, and overall responsiveness. 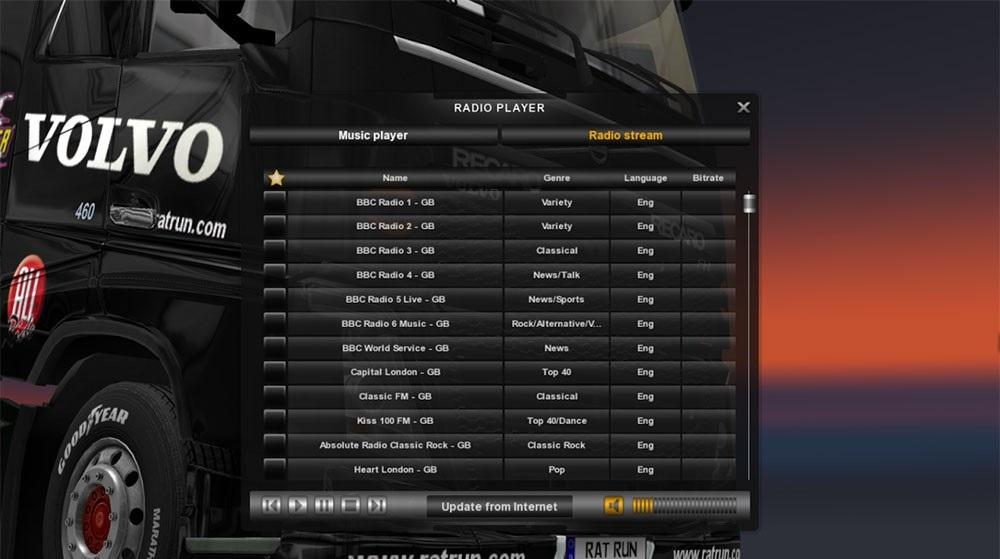 With over 600 European radio stations, you'll never need to worry about hearing the same broadcast back-to-back. There are a plethora of different options, with 105 stations from the UK, 112 from Germany, 39 from Austria, and 77 from Sweden, to name just a handful. There's even a unique station for Liechtenstein!

This mod overhauls all the default sounds included with the game, with an aim at creating a more realistic, enveloping atmosphere. By installing the Sound Fixes Pack, you'll get authentic tire noises that change with your acceleration and average speed (based off numerous road surfaces under the rubber), a larger range of suspension sounds, more pronounced trailer couplings, and loads more.

If you've never tried Euro Truck Simulator 2, you can pick up a copy of it on Steam. With so many quality mods at your fingertips, it's the perfect to time to give it a whirl. While you're on Steam, you should also check out American Truck Simulator, which released at the beginning of February. With support for the Steam Workshop, we're anticipating a huge influx of mods for the game in the near future. Of course, even without mods, American Truck Simulator is still a terrific game, and an excellent companion to its European counterpart.

Do you have a favorite Euro Truck Simulator 2 mod? Anything we missed? Let us know in the comments below!