War Thunder is an extremely popular free to play World War II game, encompassing arcade, realistic and simulator plane and tank battles. Today, a major update has been released that makes dramatic changes to the engine and graphics, creating a more realistic and detailed war zone with new gameplay possibilities.

The addition of NVIDIA GameWorks Destruction to War Thunder's battlefields is quite literally a game-changing moment. Prior to the Firestorm update, walls, buildings, and other terrain objects were for the most part solid, unaffected by the explosive blasts of tank shells, and repeated ramming by distracted drivers. Now, these objects can be destroyed, crashed-through, and crushed, creating new attack angles.

Suspect an enemy is behind a building, camping the entrance to a capture point? In Arcade mode, blast a hole in the building and eliminate the threat. Solid wall blocking a route that would enable you to flank the enemy? Drive straight through it. These and other options will soon be available to War Thunder's tank players on new and previously-available maps that have been updated with destructible items. In time, all maps will be updated, eliminating all favored camping safe spots.

An even playing field is the key to fair competition, so NVIDIA Destruction runs on your CPU and cannot be turned off due to its importance to gameplay. Players can however adjust the amount of destruction rendered on-screen, to keep framerates high on lower-end systems. And because Destruction is now an integral part of gameplay, it will also be available in the NVIDIA SHIELD, Mac, Linux, and PlayStation 4 versions of the game, which link together with the PC edition for cross-platform multiplayer. 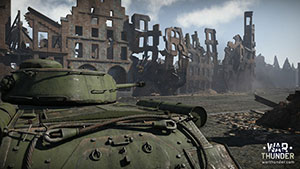 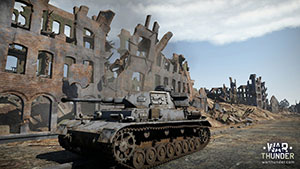 War Thunder's rivers, lakes and oceans are receiving a similarly huge upgrade with the introduction of NVIDIA WaveWorks, a GameWorks technology that accurately recreates the movement of water and its interaction with wind and other forces, and with objects. This is best demonstrated in motion, so click below for a quick video.

In the clip you can see how the hydroplane bobs on the surface of the water, and when you attempt to land yourself in-game you'll discover that the new, realistic water system makes that a significantly trickier task than it used to be. Further complicating matters is the fact that maps can be created with conditions set to different Beaufort scales, making the task easier or harder.

Along coasts, realistic crashing waves and foam will be visible, and when taking tanks for a spin in water, realistic wakes will follow. In addition, the introduction of this realistic water has enabled the creation of a water refraction setting, allowing light to change direction when passing through water, creating new visual effects on river and ocean beds.

For the implementation of GameWorks, which was a significant undertaking for a cross-platform 16-versus-16 multiplayer game operating on several very different gaming systems, Gaijin Entertainment had full access to our technologies' source code, and the assistance of our 300-strong GameWorks team.

Features were customized for their specific needs, with particular emphasis placed on fast CPU-only performance, scalable level of detail for older systems and slower platforms, and fast, low-latency updates between servers and clients to ensure waves and destruction events are correctly synchronized between all 32 players. If unsynchronized, players would appear to be killed through walls that were seemingly intact, and all manner of funkiness could occur with hydroplanes that are supposedly being tossed-about by waves.

To learn more, we spoke to Gaijin Entertainment's Anton Yudintsev and NVIDIA's own Dmitriy Duka at a recent event in our Moscow office.

In addition to the introduction of NVIDIA GameWorks, War Thunder's new update also brings us version 4.0 of Gaijin's Dagor Engine. Amongst the many included changes, the standout feature is undoubtedly the addition of Physically Based Rendering (PBR), which adds realistic material properties to the textures applied game-wide.

An extensive and highly detailed description of PBR is available to read on Gaijin's devblog, but in short, with PBR each texture has real-world properties. For instance, a texture representing a piece of aluminum will reflect a substantial amount of light, will glimmer, and is more likely to produce a bloom effect than a rusty piece of metal. A vivid example of the image quality upgrade provided by PBR is shown in the interactive comparison below. 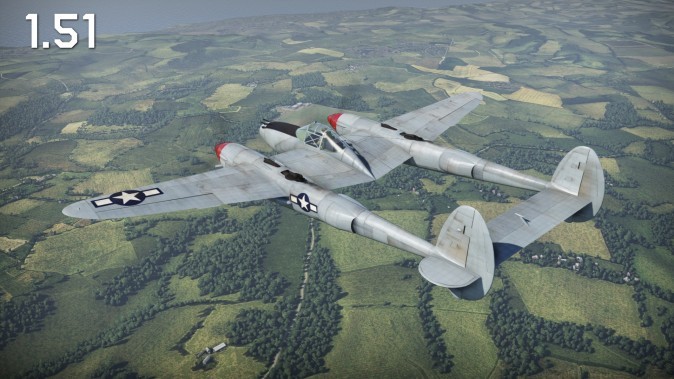 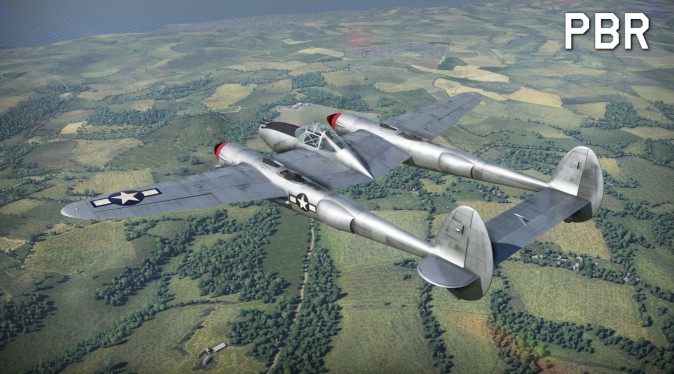 With each texture capable of reflection, refraction, and diffusion, detailed game elements like tanks and houses look substantially different following the new Firestorm update, greatly improving the fidelity and realism of War Thunder. Vehicles in particular benefit, with each piece of modeled metal reflecting light, illuminating nooks and crannies, and other detail that previously couldn't be seen. 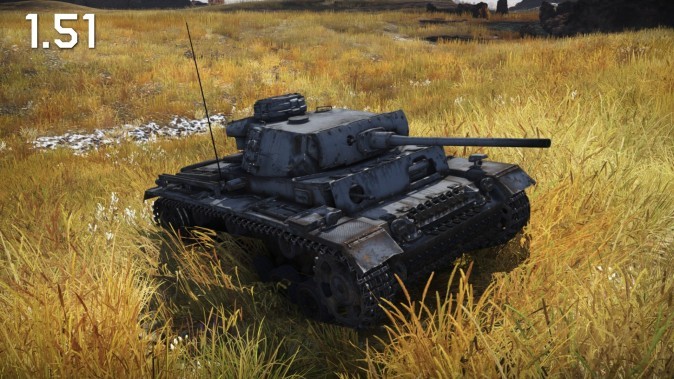 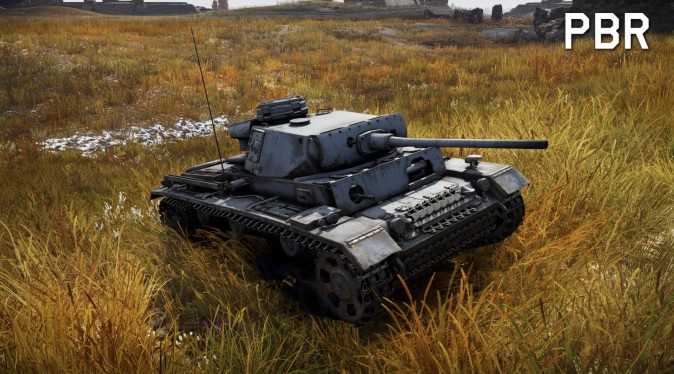 As if major gameplay and graphics updates weren't enough, the Firestorm update also features over 20 new vehicles, including the amphibious Soviet PT-76 tank, Cold War-era Jagdpanzer 4-5 and, British Hawker Hunter jet fighter; 4 Premium British tanks ahead of the full British tank roster that's scheduled to arrive at a later date; major visibility changes; a realistic recreation of a Stalingrad tractor plant district, as seen during the destructive battles for the city; and a realistic recreation of late-war Cologne.

To quickly and easily configure War Thunder and its new settings, download and install GeForce Experience, which will give you the optimum War Thunder experience with a single click. And with the built-in ShadowPlay module you can capture, stream and share your best gameplay moments. 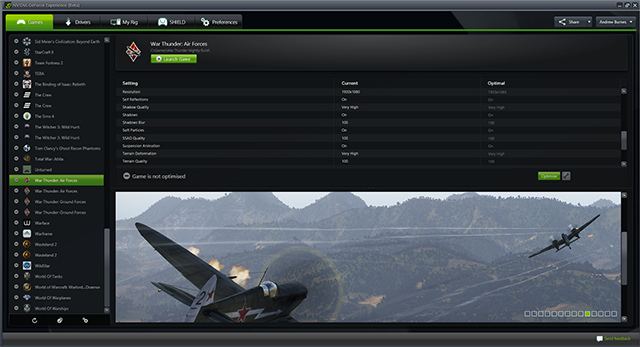 The new War Thunder Firestorm update is the most significant since the introduction of tanks last year. New gameplay possibilities have been created by our GameWorks effects, visuals have received a major upgrade with Physically Based Rendering, a ton of content has been added, and every single texture, skin, and model has been updated in some manner to benefit from the new features.

If you don't already play War Thunder, now's a great time to start. Download the free-to-play game client from the official War Thunder website, or download through Steam to add the game to your library.